Vyzulta and Rhopressa act on the trabecular meshwork, the holy grail target for lowering eye pressure

This video looks at the causes of glaucoma, a group of diseases that damage the eye's optic nerve. 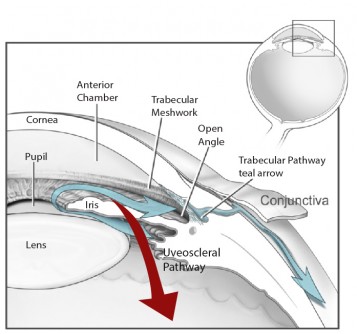 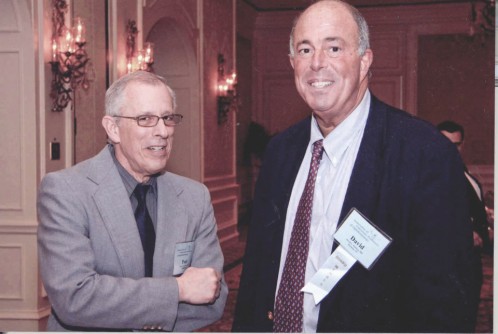 Paul Kaufman, M.D. (left) and David Epstein, M.D., each received more than three decades of NEI support to investigate the causes of glaucoma and identify compounds to lower intraocular pressure.

Newswise — The recent approval of two novel medications for glaucoma – the first new medications for the disorder in nearly 18 years – are fruit borne from decades of foundational scientific research supported by the National Eye Institute (NEI). The two medications, Vyzulta and Rhopressa, treat elevated eye pressure. High intraocular pressure is a causal risk factor for primary open-angle glaucoma, the most common form of glaucoma and a leading cause of vision loss and blindness in the U.S. and worldwide. Basically, bundles of nerve fibers connecting the eye and the brain, known collectively as the optic nerve, die.

“Expanding the menu of drugs to lower intraocular pressure will help meet the needs of more people with glaucoma,” said Paul Kaufman, M.D., chair-emeritus of the Department of Ophthalmology and Visual Sciences at the University of Wisconsin School of Medicine and Public Health, Madison. “Different medications have different action mechanisms and side effects, and the severity and tolerance of side effects vary from patient to patient. The more options we have to treat patients, the better.”

The two newcomers to the market, Vyzulta (latanoprostene bunod ophthalmic solution) and Rhopressa (netarsudil ophthalmic solution) have novel action mechanisms and are the first to lower intraocular pressure in multiple ways. Importantly, they act on the trabecular meshwork, the tissue that’s directly responsible for increased intraocular pressure.

In a healthy eye, clear fluid called aqueous humor nourishes tissues and continuously flows in and out of the anterior chamber, the space at the front of the eye between the cornea and the iris. Aqueous humor flows out of the anterior chamber through the open angle where the cornea meets the iris. The open angle consists of two routes: the conventional, trabecular pathway, which includes a spongy layer called the trabecular meshwork, and the non-conventional, uveoscleral pathway, through the ciliary muscle that controls the eye’s focusing mechanism. The majority of fluid flows out via the trabecular pathway, which acts like a one-way valve. About a third of the fluid exits through the uveoscleral pathway.

Many NEI-supported researchers contributed to understanding the dynamics of how fluid flows through the trabecular meshwork. Among them were, Kaufman and the late David Epstein, M.D., who was chair of the Department of Ophthalmology at Duke University Medical School, Durham, North Carolina. Kaufman and Epstein each received more than three consecutive decades of NEI funding to study how the trabecular meshwork functions in a healthy eye and how these functions go awry in glaucoma.

For unclear reasons, age brings an accumulation of debris in the trabecular meshwork, and the ciliary muscle, which helps regulate the flow of fluid through the trabecular pathway, loses some of its elasticity. Increasing dysfunction of these structures increases the resistance to aqueous outflow leading to a rise in intraocular pressure.1

Scientists, many of them NEI-supported, have long sought to identify compounds that could override the effects of aging by enhancing outflow through the trabecular pathway.

“We had different ideas about how the outflow system worked and we were trying different compounds. And getting very frustrated,” Kaufman said as he recalled his and Epstein’s experience during the 1980s.  Then, at a 1993 scientific meeting on Cape Cod, Kaufman and Epstein presented their ideas to Benjamin Geiger, Ph.D., a world-renowned molecular cell biologist at the Weizmann Institute of Science in Israel. Geiger suggested they look at several candidates, including rho kinase inhibitors. Rho kinase is an enzyme that triggers the contractile machinery of cells; inhibiting rho kinase relaxes the cells. In the trabecular meshwork, Geiger reasoned that this cellular relaxation might allow fluid to leave the eye more easily.

Epstein got to work studying Rho kinase inhibitors. He found that inhibiting rho kinase facilitated outflow by relaxing and changing the shape of trabecular meshwork cells. 2 Epstein co-founded Aerie Pharmaceuticals, where extensive research led to the development of Rhopressa (netarsudil AR-13324) and to shepherding the drug through clinical trials. Rhopressa received Food and Drug Administration approval in December 2017, three years after Epstein’s death. Clinical trials are currently underway for a related Aerie product, Roclatan, which combines Rhopressa with the prostaglandin analogue latanoprost.

Vyzulta has a similarly long history stemming from early NEI support. The active ingredient, latanoprostene bunod, has a dual effect on intraocular pressure. It is metabolized into latanoprost acid which enhances uveoscleral outflow, and also into butanediol mononitrate which is further metabolized into nitric oxide (NO) that facilitates outflow through the trabecular pathway, perhaps in part by inhibiting the Rho pathway.

Years of basic research had led to the discoveries that nitric oxide plays an important role throughout the body, for both good and ill. By 1992, nitric oxide had been declared “Molecule of the Year” by the journal Science, for its wide range of effects as varied as regulating blood pressure and aiding digestion and immune defense. NEI supported many studies investigating the ocular role of nitric oxide, including those of James A. Nathanson, M.D., a neurologist at Massachusetts General Hospital. Studying cadaver eyes from people with and without glaucoma, he found that glaucoma was associated with an abnormality in the production of nitric oxide in the ciliary muscle and outflow pathways. He and other investigators, including Dr. Kaufman, had shown that NO ‘donated’ from other molecules could facilitate fluid outflow through the trabecular meshwork.3,4 Bausch and Lomb’s Vyzulta was approved by the FDA in November 2017.

“NEI-funded researchers contributed immensely to the fundamental basic science behind Rhopressa and Vyzulta. Their contributions continue to help us understand even more about the mechanisms that cause glaucoma so that treatments to prevent and reverse the loss of vision may be possible,” said Ellen S. Liberman, Ph.D., NEI program director, glaucoma and optic neuropathies.

About the National Institutes of Health (NIH): NIH, the nation’s medical research agency, includes 27 Institutes and Centers and is a component of the U.S. Department of Health and Human Services. NIH is the primary federal agency conducting and supporting basic, clinical, and translational medical research, and is investigating the causes, treatments, and cures for both common and rare diseases. For more information about NIH and its programs, visit http://www.nih.gov/ (link is external). 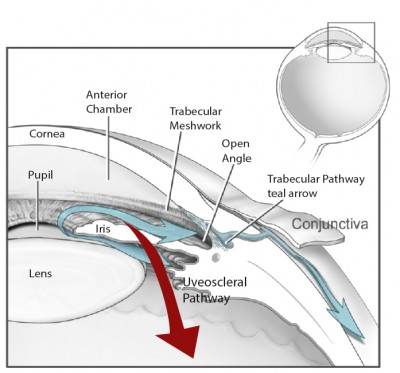 Caption: Aqueous humor flows out of the anterior chamber through the open angle where the cornea meets the iris. The open angle consists of two routes: the conventional, trabecular pathway, which includes a spongy layer called the trabecular meshwork, and the non-conventional, uveoscleral pathway, through the ciliary muscle that controls the eye’s focusing mechanism. 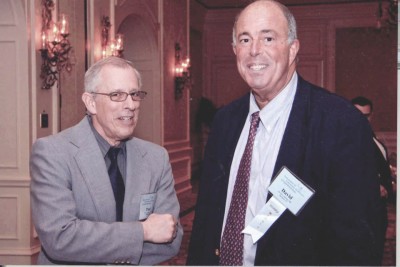