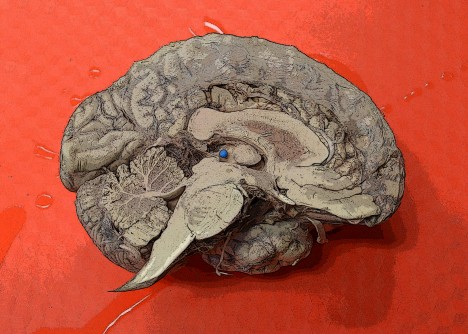 Newswise — A free, massively open online course (MOOC) on Understanding the Brain: The Neurobiology of Everyday Life will begin Monday, April 28, and it will include what may become the world’s largest memory experiment.

The University of Chicago is offering the course in partnership with education company Coursera. UChicago launched its first two MOOCs last fall, on Asset Pricing and Global Warming.

Leading Understanding the Brain will be Peggy Mason, UChicago professor of neurobiology. Mason designed the 10-week course for people from all walks of life who are interested in the workings of the brain and the nervous system. In fact, the conductor on her commuter train has signed up for the course.

“If I’m going to get Jeff to watch this course when he gets home, it better be bloody interesting,” Mason said. “I better have a reason why I talk about what I talk about. It better engage people. It better make a difference to them.”

Mason had never heard of a MOOC until she had been invited to give one. But after reading up about them for one entire night, she became fascinated by the concept.

“The MOOC is an amazing platform for me as a neuro-evangelist. When I wake up in the morning, I see neurobiology around me all the time. To be able to take the mystery out of the nervous system for the general public is a major opportunity for me.”

Mason is the author of a textbook, Medical Neurobiology (Oxford University Press, 2011), which introduces medical students to the fundamentals of the nervous system as it relates to the practice of medicine and human health. She also writes a blog, The Brain is Sooooo Cool! in which she explains how the brain does what it does, and tweets about related matters via @neuroMOOC.

The course primarily will cover neuroanatomy, neural communication, and neural systems. Mason will supplement her online lectures with discussions of the underlying neurology of topics that her students select from current events or YouTube videos.

Enrollment for Mason’s course has reached 27,000 and climbing. Her MOOC students will be able to participate in the memory experiment, which will begin with the second 5-minute segment of the course. “I anticipate that we will get it credited as the largest memory experiment ever performed,” Mason said, via the Guinness Book of World Records. “It’s very simple. People just have to listen to one 5-minute segment and then answer an e-mail.” No further participation in the course is required. “In that way the students can contribute to human knowledge. We’re going to learn something from that experiment.”

Understanding the Brain follows two other UChicago MOOCs that got off to a strong start.Asset Pricing, which attracted 41,000 enrollees last fall, was taught by John Cochrane, the AQR Capital Management Distinguished Service Professor of Finance at UChicago’s Booth School of Business.

The enrollees included employees at financial firms and faculty members at other institutions who wanted to brush up on the topic. “The kind of people who could not normally come and take a class here can get the material this way,” Cochrane said.

“You have to interact with the material,” Cochrane said. “If the classroom can be one of discussion, working on problems, working around the material, as opposed to just watching equations flow, I think that’ll make the learning experience here much better.”

“A recent survey across all Coursera courses showed that a majority of MOOC participants are international, so we are excited by the opportunity these courses represent to share University of Chicago scholarship with a global audience,” said Ian Solomon, vice president for global engagement.

Global Warming attracted 15,000 enrollees last fall in a market that includes many other online courses offered by other institutions on the same topic. It was taught by David Archer, professor in geophysical sciences at UChicago. Archer is offering Global Warming again in an eight-week sequence that began March 31, concurrently with his residential course.

Archer, Cochrane and Mason have all penned textbooks that students, on campus and off, work from. “In some senses it’s revolutionary, and in another sense it’s just a different medium,” said Archer of MOOCs.