Authors call for enhanced preoperative screening for neurocognitive impairment to predict which patients may be at higher risk for poor outcomes following joint replacement surgery. 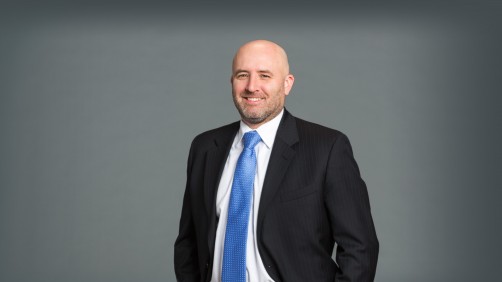 Research led by James D. Slover, MD, associate professor of orthopedic surgery at NYU Langone Health, reveals that people with undiagnosed neurocognitive deficits are undergoing hip and knee replacements at high rates and are more likely to have poorer short-term outcomes after surgery.

Newswise — (NEW ORLEANS) People with undiagnosed neurocognitive deficits are undergoing hip and knee replacements at high rates and are more likely to have poorer short-term outcomes after surgery, according to new research led by orthopedic surgeons at NYU Langone Health.

The study of patients who were screened with cognitive assessments prior to undergoing a total joint arthroplasty, or replacement, showed that those who scored more poorly on the tests were significantly more likely to fail to progress in rehabilitation and to require admission into the intensive care unit (ICU).

“Our data suggest that neurocognitive impairment is highly prevalent in older individuals who are set to undergo total joint replacements, and we suspect that rates may be underestimated nationwide,” says James Slover, MD, an associate professor of orthopedic surgery at NYU School of Medicine, and an attending orthopedic surgeon and clinical site chief at NYU Langone Orthopedic Hospital. “These patients required more hospital resources and progressed more slowly with physical therapy after surgery. Therefore, it is critical that strategies are developed to screen these patients and protocols are put in place to allocate more support to them before and after surgery.”

The research was presented Thursday, March 8, 2018, in a poster session at the American Academy of Orthopaedic Surgeons (AAOS) 2018 Annual Meeting in New Orleans, Louisiana. The findings were also published in the February 2018 issue of the Journal of Arthroplasty.

Total joint replacements are performed on a wide array of individuals, including an older population who may have significant medical comorbidities. Previous research suggests that neurocognitive impairment before any major surgery may raise risk for increased complications and worse outcomes, but this phenomenon has not been well-studied in patients undergoing joint replacements. More than 645,000 people undergo a total knee replacement each year, and more than 306,000 undergo a total hip replacement annually, according to the AAOS.

Dr. Slover and colleagues prospectively screened more than 100 patients who were set to undergo total joint replacements at NYU Langone Orthopedic Hospital for neurocognitive impairment using three validated cognitive tests: a grooved pegboard test for dexterity and coordination for both a dominant and nondominant hand, and an auditory verbal learning test for memory function.

Ninety-nine completed all screening tests before undergoing joint replacements and were followed for at least one year. Patients with previously diagnosed neurocognitive conditions, including Alzheimer’s and other dementias, were excluded from the study.

Among patients with neurocognitive impairment, statistically significant differences were noted:  48 percent required ICU admission and medical response team consults, and 64 percent had failures to progress in physical therapy, compared with 14 percent and 17 percent of controls, respectively. These patients also trended toward needing longer length of stays and were more likely to be readmitted to the hospital within 30 days or one year of the procedure, but the findings were not statistically significant.

Future research will focus on developing pre- and postsurgical evaluations and interventions to improve the outcomes of these patients, and larger studies are planned.

“If we identify patients with neurocognitive impairment prior to a joint replacement, our surgical care team can plan better and concentrate post-operative resources accordingly to make sure we are doing all we can to ensure the best outcomes,” says Dr. Slover.