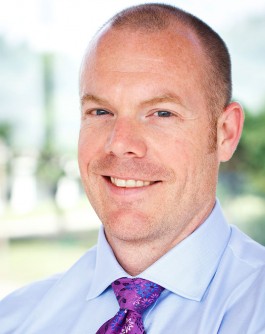 Dr. Ted Price, associate professor of neuroscience in the School of Behavioral and Brain Sciences 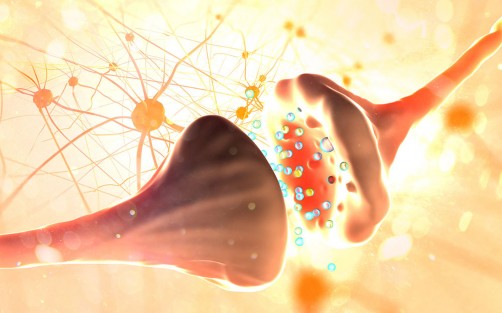 Newswise — Researchers have discovered a new pain-signaling pathway in nerve cells that eventually could make a good target for new drugs to fight chronic pain.

The findings, published in the journal PLoS Biology by a UT Dallas neuroscientist and his colleagues, suggest that inhibiting a process called phosphorylation occurring outside of nerve cells might disrupt pain signals, and provide an alternative to opioid drugs for alleviating chronic pain.

Dr. Ted Price, the study’s co-author and associate professor of neuroscience in the School of Behavioral and Brain Sciences at UT Dallas, said the finding is significant.

“We found a key new signaling pathway that can be managed,” Price said. “Now we hope we can use the findings to discover a new drug.”

Phosphorylation is a biological process that occurs when a kinase — a type of enzyme — attaches a chemical called phosphate to a protein. This common process modifies proteins and their functions.

Phosphorylation was known to occur inside cells, but Dr. Matthew Dalva at Thomas Jefferson University, a co-author of the study, found that the process also occurs outside of cells, specifically nerve cells called neurons within the brain and spinal cord.

The new work shows that molecules called ephrins, which are bound in neuron membranes and include a portion that sticks out of the outer surface of the cell, are phosphorylated at those outward-facing sites. This extracellular phosphorylation event causes another type of protein, called NMDA receptors, to accumulate on the neuron’s surface.

Where those NMDA receptors gather is important: It’s at the synapse, the narrow space between two neurons where neurochemical signals are transmitted between cells.

NMDA receptors are critical to normal learning and memory development in the brain, but they also play a key role in controlling signals related to pathological pain. This type of pain is felt when there is no underlying cause, or when the pain continues long after the event.

He said phosphorylating kinases appear to be the key factor for regulating the cell-signaling that occurs through NMDA receptors. Now that scientists understand that the phosphorylation process can occur both inside and outside the cell, they can research strategies to specifically block the process from happening outside the cell.

“We found this completely new type of signaling is what regulates the NMDA receptors. That was completely unexpected. The data are just extremely convincing,” Price said.

Price and his colleagues used isolated cells and animal models to specifically look at how this new signaling information applies to pain.

Researchers were limited when they believed phosphorylation occurred only inside cells, Price said. Many drugs can’t move on in development because they are not able to cross cell membranes and, thus, are not able to get inside the cell. But he said discovering that extracellular phosphorylation also plays a key role in the processes associated with injury and pain makes it easier to develop drugs that can specifically target that process.

“If you don't have to worry about all the kinases that are inside the cell, that limits the number of kinases that have to be targeted. Those extracellular kinases, which are a very distinct subset of that family of proteins, become a nice target to pursue,” he said.

The Price and Dalva labs are pursuing additional research grants to learn more about how this extracellular phosphorylation event works, identify the particular kinase involved and test it in pain models. With additional insight, they are hopeful that they can develop drugs capable of reversing chronic pain states in humans.

In addition to UT Dallas and Thomas Jefferson University scientists, researchers from the University of Arizona and New York University School of Medicine worked on the project.