New 4-D Printer Could Reshape the World We Live In 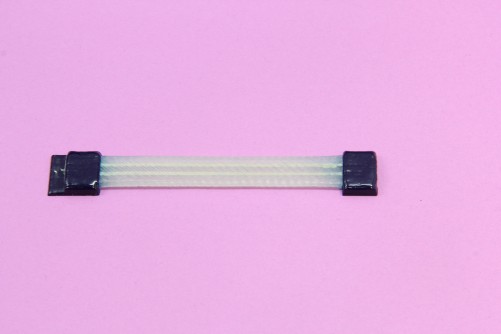 A powerful new 4-D printing technique could one day allow manufacturers to produce electronic devices and their wiring in a single process.

New 4-D printer could reshape the world we live in

Newswise — NEW ORLEANS, March 21, 2018 — From moon landings to mobile phones, many of the farfetched visions of science fiction have transformed into reality. In the latest example of this trend, scientists report that they have developed a powerful printer that could streamline the creation of self-assembling structures that can change shape after being exposed to heat and other stimuli. They say this unique technology could accelerate the use of 4-D printing in aerospace, medicine and other industries.

The researchers are presenting their work today at the 255th National Meeting & Exposition of the American Chemical Society (ACS). ACS, the world’s largest scientific society, is holding the meeting here through Thursday. It features more than 13,000 presentations on a wide range of science topics.

“We are on the cusp of creating a new generation of devices that could vastly expand the practical applications for 3-D and 4-D printing,” H. Jerry Qi, Ph.D., says. “Our prototype printer integrates many features that appear to simplify and expedite the processes used in traditional 3-D printing. As a result, we can use a variety of materials to create hard and soft components at the same time, incorporate conductive wiring directly into shape-changing structures, and ultimately set the stage for the development of a host of 4-D products that could reshape our world.”

4-D printing is an emerging technology that allows 3-D-printed components to change their shape over time after exposure to heat, light, humidity and other environmental triggers. However, 4-D printing remains challenging, in part because it often requires complex and time-consuming post-processing steps to mechanically program each component. In addition, many commercial printers can only print 4-D structures composed of a single material.

Last year, Qi and his colleagues at Georgia Institute of Technology, in collaboration with scientists at the Singapore University of Technology and Design, used a composite made from an acrylic and an epoxy along with a commercial printer and a heat source to create 4-D objects, such as a flower that can close its petals or a star that morphs into a dome. These objects transformed shape up to 90 percent faster than previously possible because the scientists incorporated the tedious mechanical programming steps directly into the 3-D printing process. Building on this work, the researchers sought to develop an all-in-one printer to address other 4-D printing challenges and move the technology closer to practical application.

The machine they ultimately devised combines four different printing techniques, including aerosol, inkjet, direct ink write and fused deposition modeling. It can handle a multitude of stiff and elastic materials including hydrogels, silver nanoparticle-based conductive inks, liquid crystal elastomers and shape memory polymers, or SMPs. SMPs, which are the most common substances used in 4-D printing, can be programmed to “remember” a shape and then transform into it when heated. With this new technology, the researchers can print higher-quality SMPs capable of making more intricate shape changes than in the past, opening the door for a multitude of functional 4-D applications and designs.

The researchers can also use the printer to project a range of white, gray or black shades of light to form and cure a component into a solid. This grayscale lighting triggers a crosslinking reaction that can alter the component’s behavior, depending on the grayscale of shade shined on it. So, for example, a brighter light shade creates a part that is harder, while a darker shade produces a softer part. As a result, these components can bend or stretch differently than other parts of the 4-D structure around them.

The printer can even create electrical wiring that can be printed directly onto an antenna, sensor or other electrical device. The process relies on a direct-ink-write method to produce a line of silver nanoparticle ink. A photonic cure unit dries and coalesces the nanoparticles to form conductive wire. Then, the printer’s ink-jet component creates the plastic coating that encases the wire.

Currently, Qi’s team is also working with Children’s Healthcare of Atlanta to determine whether this new technology could print prosthetic hands for children born with malformed arms.

“Only a small group of children have this condition, so there isn’t a lot of commercial interest in it and most insurance does not cover the expense,” Qi says. “But these children have a lot of challenges in their daily lives, and we hope our new 4-D printer will help them overcome some of these difficulties.”

4D Printing is a term that was recently developed to describe the integration of 3D printing and active materials technologies to realize printed components that can be switched between multiple configurations via an environmental stimulus, e.g., heat, or moisture. To date, hydrogels and shape memory polymers (SMPs) are the two main active polymers used in 4D printing. SMPs have been used in 4D printing with both commercial and research printing technologies based on photopolymer inkjetting and projection micro stereolithography. However, 4D printing with SMPs generally requires a series of steps, including synthesis/processing by 3D printing, heating, mechanical loading, cooling, and removing the load. Thermomechanical programming often requires special jigs and fixtures to apply mechanical loads and a well-controlled thermal environment. In this paper, we propose a new direct 4D printing approach with shape memory polymers (SMPs) where we integrate the programming steps into the 3D printing process. As a result, the 3D printed component can directly change its shape rapidly upon heating. This second shape largely remains stable in later variations in temperature, such as cooling back to room temperature. Furthermore, a third shape can be programmed by thermomechanical loading, and the material will always recover back to the permanent (second) stable shape upon heating. We also created a theoretical model that incorporates the key elements, including the material behaviors during the processing/programming and deployment phases and 3D printing processing parameters. The model was then used to guide to design complicated shape changes.