Dartmouth researchers say U.S. has underestimated its progress in war on cancer 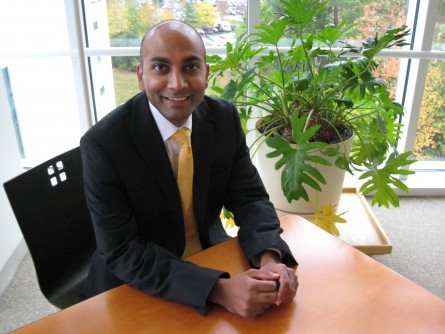 Newswise — Since the enactment of the National Cancer Act in 1971, the US has spent hundreds of billions of dollars in cancer research and treatment. And yet, the cancer mortality rate—the historic benchmark of progress—has only declined modestly while the mortality rates of other leading causes of death have declined substantially. This difference has led many to question whether we’ve made progress in the ‘War on Cancer’. The answer is definitively yes according to Norris Cotton Cancer Center research published Monday in the Journal of Clinical Oncology. “We have made steady progress against the burden of many cancers for decades,” said principal investigator Samir Soneji, PhD, assistant professor for Geisel School of Medicine at Dartmouth and the Dartmouth Institute for Health Policy and Clinical Practice, a member of Norris Cotton Cancer Center. “As fewer and fewer people die from heart disease, stroke, and accidents, more and more people are alive long enough to be at risk of developing and dying from cancer.”

To solve a problem first identified by the National Cancer Institute (NCI) 20 years ago, Dartmouth cancer researchers started with a metric of the burden of cancer mortality called the years of life lost due to cancer, which reflects how much longer we might expect to live in the absence of cancer. They then determined how the burden of cancer mortality directly improved from advancements in cancer care and indirectly worsened from advancements in the care of other diseases, notably cardiovascular disease.

“Our approach reveals more accurately the aggregate contribution of cancer prevention, screening, and treatment on progress against cancer,” said Soneji.

To date, survival time and mortality rates have been the leading population-level measures of cancer burden. These measures assess the effect of prevention, screening, and treatment on cancer, but they fail to account for changes in other-cause mortality rates.