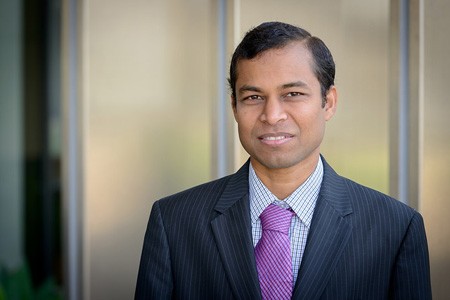 Newswise — Using a new computer science approach, researchers at University of California, San Diego School of Medicine, Columbia University and Stanford University discovered a distinctive molecular feature — a biomarker — that identified colon cancer patients who were most likely to remain disease-free up to five years after surgery. The biomarker, a protein called CDX2, also helped the researchers identify Stage II colon cancer patients who are most likely to benefit from chemotherapy after surgery.

The retrospective study is published January 21 by the New England Journal of Medicine.“Because previous studies did not take into account differences between colon cancers with and without CDX2, doctors have long struggled to identify which Stage II colon cancer patients might benefit from adjuvant chemotherapy,” said first author Debashis Sahoo, PhD, assistant professor of pediatrics, and computer science and engineering at UC San Diego. “But what we’ve now found is that some of these patients might benefit from chemotherapy, and we now have a biomarker to tell the difference, potentially saving many lives and reducing toxicity from unnecessary treatment.”

This study took advantage of a novel bioinformatics approach Sahoo developed to identify differences in gene expression patterns. Sahoo had earlier pioneered this method to find genes involved in stem cell differentiation — the process by which stem cells specialize into specific cell types in an organ, such as the colon.

“Dr. Sahoo’s bioinformatics approach is extraordinarily powerful,” said Dalerba. “We used it to search for biomarkers that could help us identify which colon tumors were likely to contain high numbers of stem-like cells.”

Dalerba and Sahoo discovered that when the gene CDX2 is “off,” another molecular marker of stem-like cells in colon tumors, called ALCAM, is always “on.”

“We reasoned that colon tumors lacking CDX2 would likely contain a higher number of stem-like cells, and would therefore be more aggressive than CDX2-positive tumors,” said Dalerba.

Next, the team analyzed a database of cancer gene expression from more than 2,000 patients with known treatment courses and outcomes. The team found that four percent of colon cancers lack CDX2. They then used the database to determine if there is an association between CDX2 status and patient outcomes.

“While promising, this study was retrospective, meaning we looked back at existing patient data. Before they can be applied to clinical practice, these results need to be confirmed by prospective, randomized clinical trials,” Sahoo said.