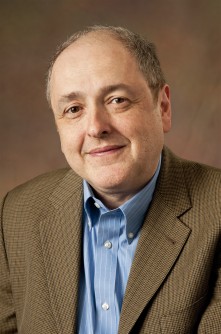 Newswise — The Western democratic practice of singling out religious liberty for special treatment under the law is not in sync with the world we live in today, argues University of Chicago Law School professor Brian Leiter in his new book, Why Tolerate Religion?

“The current status quo is predicated on a fundamental inequality,” Leiter said. For example, he says a boy might be permitted to carry a dagger to school as part of his Sikh religion, but the same dagger would not be allowed if it were part of a family tradition.

Leiter first became interested in the preferential treatment religion receives under the law as a professor at the University of Texas-Austin. He began to consider the place of religion and toleration in society after noting how conservative Christians in the state sought to influence politics and public education.

The origins of religious toleration can be traced back hundreds of years to the European wars of religion, a time when people were killed over religious differences, says Leiter. That turmoil gave way to greater acceptance of diverse religions, an important achievement of Western democracies.

However, the West’s preferential treatment for religious toleration is not in step with changing times, Leiter argues.

“While we understand the historical reasons why our constitution singled out religion and religious liberty 200-plus years ago, in the world we live in today, you don’t have to be religious in order to have a conscience,” he said.

In leading philosophical literature, Leiter found compelling moral arguments for the important role toleration plays in general in a society. He explores the arguments of John Rawls, who defends liberty of conscience as a basic right, and the utilitarian arguments of John Stuart Mills, who views the toleration of differing views as crucial in society’s search for truth and knowledge.

Conversely, Leiter could not find an equally forceful argument as to why religious conscience has been treated as more deserving of protection. Two factors make religious beliefs distinctive from other claims of conscience: certain beliefs in every religion are not evidence-based, and some beliefs provide followers with “existential consolation,” helping them cope with suffering and death. He argues that neither the Rawlsian nor Millian arguments would warrant a special legal status for beliefs with these characteristics over other conscientious beliefs.

While some might wish there was a way to grant exemptions to all claims of conscience, this would lead to almost insurmountable practical problems, Leiter said.

“It would be tantamount to legalizing civil disobedience,” he said, explaining that while courts can verify a person’s involvement in a religion and that religion’s particular beliefs, non-religious claims would be much more difficult to verify.

Leiter said courts still should monitor for laws that arise from intolerance — he cites France’s ban on headscarves worn by Muslim women as an example. But avoiding laws motivated by intolerance is different from granting special religious exemptions from neutral laws. Such special treatment for religion often defeats society’s promotion of the general welfare, he said.

In the case of vaccination laws, for example, the widespread granting of religious exemptions has led to the return of previously rare diseases, such as whooping cough. Leiter argues that the fairest path forward is to allow no exemptions, religious or otherwise, that challenge laws promoting the public good, unless those exemptions can be made without shifting burdens onto others.

Why Tolerate Religion?, By Brian Leiter