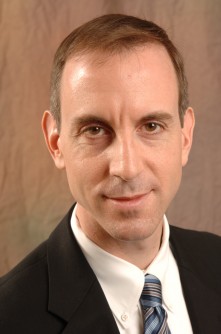 “I’m interested in challenging the mythology,” he said. “There are things that people care about so much that they don’t w­­ant to think critically about them.”

In his recent book, The Twilight of Human Rights Laws (Oxford University Press), Posner takes to task international human rights treaties. The Kirkland and Ellis Distinguished Service Professor of Law contends they have failed to accomplish their objectives because they are “too ambitious, even utopian and too ambiguous,” and there is little evidence that these laws have improved people’s well-being.

In much of the Islamic world, Posner maintains, women lack equality and religious dissenters face persecution. Political authoritarianism has gained ground in Turkey, Hungary and Venezuela. Even Western countries often fail to live up to the values they espouse. In Europe, xenophobia toward Muslim communities is rising. In the United States, torture has been used against suspected terrorists and police brutality flourishes.

The belief that human rights laws could be forced upon countries as a matter of international law was misguided from the beginning, asserts Posner, who likens the human rights movement to development economics, “which in previous decades tried (and failed) to alleviate poverty by imposing top-down solutions on developing countries.”

“While development economists have reformed their approach, the human rights movement has yet to acknowledge its failures,” he argues. “It is time for a reckoning.”

Citing the China development model—its leadership, despite notorious political suppression, has successfully lifted more than 600 million out of abject poverty in the past three decades—Posner disputes the notion that China should have reformed the economy and introduced Western-style democracy, religious freedom, free speech and fair trials. “We in the West just don’t know whether such political freedoms—and if so, which ones, and how much and over what period of time—would benefit the Chinese or hurt them,” he asserts.

There are currently nine core international human rights treaties, and Posner alleges that some countries “tripped over each other to be first to add human rights to their constitutions” because they need trade, foreign aid, diplomatic support or military help from the West.

Human rights treaties fail because they’re often so vague as to be almost meaningless, said Posner. For example, the International Covenant on Civil and Political Rights states that freedom of expression is “subject to certain restrictions” that are necessary for the protection of a country’s public order, public health or morals. Posner points out countries interpret these restrictions in vastly different ways.

At present, the U.S. does not ban offensive speech or images, except child pornography and offensive language on public broadcasts. Many European countries have laws against various forms of hate speech, including Holocaust denial, but not images of the Prophet Muhammad. In many Islamic countries, a wider range of images and text deemed offensive or blasphemous are banned.

“Who’s to say which country correctly balances the public’s interest in verbal and artistic expression and the need to respect others and their beliefs?” he writes.

Moreover, Posner said, human rights treaties are not enforceable. In the case of international trade laws, countries victimized by trade violations can retaliate with specific measures such as increasing tariffs on products of the country that violated a trade agreement. But when a government fails to protect and honor the freedom of its citizens, Posner said, “there aren’t too many options for other countries.”

Posner also contends that implementing human rights laws can be expensive, both financially and politically. In many developing countries, he claims that bureaucracies and courts are corrupt, slow and ineffectual. Cleaning them up means raising salaries, training people and enforcing anti-corruption laws—all at great costs that most countries cannot afford.

“Wealthy countries can and should provide foreign aid to developing countries,” but “with the understanding that helping other countries is not the same as forcing them to adopt Western institutions, modes of governance, dispute-resolution systems and rights,” he suggests. “Helping other countries means giving them cash, technical assistance and credit where there is reason to believe that these forms of aid will raise the living standards of the poorest people.”

The book has garnered wide attention and open discussion. “Posner makes a strong case that human rights law needs to be approached with more care, more humility and less hubris,” wrote Noah Berlatsky on reason.com. While Todd Lindberg, a research fellow at Stanford’s Hoover Institution, agreed that “Mr. Posner’s skepticism is bracing, and his claims usefully force readers back to the question of what we mean when we talk about human rights,” he characterized Posner’s views as “a bit naive.” In his review of Posner’s book in the Wall Street Journal, he added, “International human rights law is good and useful not because it compels, which it mostly can’t, but because it inspires.”

Kenneth Roth, the executive director of Human Rights Watch, challenged Posner’s views in a written debate published in The New York Times. “Abandoning human rights law because human rights violations persist would be like repealing the criminal code because people continue to commit crimes,” wrote Roth. “Arguing that we should rely instead on foreign aid for economic development must be music to autocrats’ ears.”The free speech debate

In addition to human rights law, Posner also has challenged, in newspaper articles and blogs, prevailing views on a related topic: free speech.

In his January 2015 podcast on Constitutional Daily, Posner argued that Americans overvalue the First Amendment—the result of various pragmatic compromises among groups in our pluralistic society. “Our tendency to think that U.S. law reflects universal principles should be resisted,” he said. If hate speech laws, seen by many free speech activists as censorship, had been enforced against Charlie Hebdo, Posner reasoned, the shooting might not have happened.

In February 2015, Posner provoked strong responses when he defended campus speech codes in a Slate article. He said the piece, which argued that universities have the right to set limits on offensive speech and behavior, received more than 1,000 tweets and emails, most of them critical of his arguments.

Yet Posner welcomes such disagreement. “I am, by nature, a little bit of a contrarian,” he said.