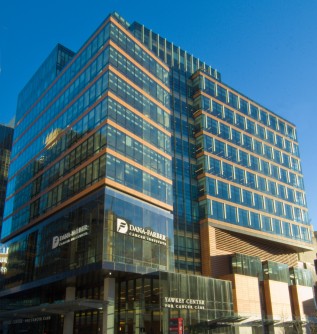 Basic research into the dual nature of certain immune system cells has set the stage for a new approach to cancer immunotherapy that avoids some of the shortcomings associated with other methods, scientists at Dana-Farber Cancer Institute report in a new study.

Newswise — BOSTON –– Basic research into the dual nature of certain immune system cells has set the stage for a new approach to cancer immunotherapy that avoids some of the shortcomings associated with other methods, scientists at Dana-Farber Cancer Institute report in a new study in the Proceedings of the National Academy of Sciences.

The new approach incites an immune system attack on tumors by changing the very identity of key immune system cells dispersed throughout the tumor. These cells, known as T regulatory (Treg) cells, ordinarily prevent their more combative cousins, known as T effector (or Teff) cells, from attacking the tumor. The researchers showed that eliminating a key protein in Tregs makes the Tregs so unstable that they become Teffs and join in the destruction of the tumor.

Critically, the study authors show that conversion from Treg to Teff occurs only in the inflammatory conditions that prevail within many tumors. As a result, Tregs embedded in normal tissue throughout the body continue to have a restraining effect on their local Teffs, protecting healthy organs and tissues from attack. This raises the prospect of therapies that concentrate the immune system’s firepower on tumors without producing residual damage and harmful side effects.

“Many current approaches to immunotherapy involve depleting or blocking Tregs in order to shift the balance toward Teff cells,” said Harvey Cantor, MD, the Baruj Benacerraf Professor in the department of Cancer Immunology and Virology at Dana-Farber, who helped lead the study. “This, however, runs the risk of triggering an autoimmune response in which the Teff cells attack normal as well as malignant tissue. The key to our approach is that it singles out the Tregs inside a tumor for conversion, leaving Tregs elsewhere in the body unchanged.”

The study builds on previous research by Cantor, senior author Hye-Jung Kim, PhD, a lead scientist also in the department of Cancer Immunology and Virology at Dana-Farber, and colleagues. In a study published last year in Science, they reported that Tregs maintain their immune-suppressive properties under inflammatory conditions as long as they have high-enough levels of a protein called Helios. Depriving them of sufficient Helios caused them to lose that stability and turn into Teff cells.

The new study explored whether this convertibility could be harnessed for therapeutic purposes in cancer. The first set of experiments involved mice engineered to lack Helios in their Treg cells. When the animals were injected with melanoma or colon cancer cells, they developed tumors far more slowly than did animals with normal Treg cells. “Inspection of the animals’ tumor tissue showed an unstable set of T regulatory cells, many of which had converted into Teffs,” Kim remarked. The investigators then explored whether stanching Helios production in tumor-dwelling Tregs could have the same effect. They tested several antibodies that bind to key receptors on Tregs and cause a downturn in Helios production. They chose one that worked well and tested it in mice with Treg-laden tumors. When they analyzed the tumor tissue, it was clear the antibody had triggered conversion of Tregs to Teffs. “This represents a next stage in cancer immunotherapy,” Cantor remarked. “We now have a very specific, targeted way of inducing a T effector cell attack on cancer while lowering the risk of adverse effects on healthy tissue. The next step will be to organize a clinical trial using this approach in patients.” The lead author of the study is Hidetoshi Nakagawa, MD, PhD, of Dana-Farber. Co-authors include Jessica Sido, PhD, Edwin Reyes, PhD, and Valerie Kiers of Dana-Farber. The research was supported by grants from the National Institutes of Health (R01A137562) and the LeRoy Schecter Research Foundation.

From achieving the first remissions in childhood cancer with chemotherapy in 1948, to developing the very latest new therapies, Dana-Farber Cancer Institute is one of the world’s leading centers of cancer research and treatment. It is the only center ranked in the top 4 of U.S. News and World Report’s Best Hospitals for both adult and pediatric cancer care. Dana-Farber sits at the center of a wide range of collaborative efforts to reduce the burden of cancer through scientific inquiry, clinical care, education, community engagement, and advocacy. Dana-Farber/Brigham and Women’s Cancer Center provides the latest in cancer care for adults; Dana-Farber/Boston Children's Cancer and Blood Disorders Center for children. The Dana-Farber/Harvard Cancer Center unites the cancer research efforts of five Harvard academic medical centers and two graduate schools, while Dana-Farber Community Cancer Care provides high quality cancer treatment in communities outside Boston’s Longwood Medical Area.

Dana-Farber is dedicated to a unique 50/50 balance between cancer research and care, and much of the Institute’s work is dedicated to translating the results of its discovery into new treatments for patients in Boston, and around the world.