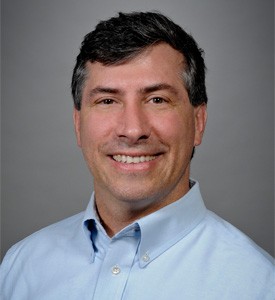 Bacteria living inside the gut can have beneficial, but potentially also harmful effects on human health.  Further studies are needed to determine whether restricting acetate production by gut bacteria will affect growth of tumors.

“With insights generated from our current studies, we may be able to design therapies that treat cancer patients by modulating acetate production in the body,” said Dr. Joseph Garcia, Associate Professor of Internal Medicine at UT Southwestern and staff physician-scientist at the VA North Texas Health Care System.

The work is published in the February issue of the journal PLoS ONE.

Cancer, the second leading cause of death in the US, is estimated to account for nearly 1 out of every 4 deaths in 2014. It can have a significant impact on length and quality of life, which carries a tremendous economic burden. Cancer can develop in any part of the body and some are notoriously difficult to treat, although recent discoveries from basic science laboratories hold great promise for more effective treatments and potential cures.

In cancer cells, low oxygen and low glucose conditions turn on signaling pathways that allow otherwise healthy cells to survive these stresses. UT Southwestern researchers previously discovered a critical pathway that controls the response of cells and organs to low oxygen conditions, a state known as hypoxia. In this study, the researchers show that the production of acetate is also stimulated by low glucose conditions, another condition frequently found in solid tumors.

Acetate, in turn, activates a molecular pathway that ultimately results in the production of several proteins that stimulate the growth and spread of tumors.

“Our study shows that acetate functions in this context as a growth signal for cancer cells, one that links changes in metabolism within cancer cells that occur during tumor growth with activation of a selective stress-signaling pathway. This same signaling pathway is normally protective in healthy individuals. In fact, stimulating this pathway in anemic mice without cancer has a profound effect on restoring red blood cell levels to near-normal or normal levels, and is otherwise very safe” said Dr. Garcia, a member of the Harold C. Simmons Comprehensive Cancer Center.

“The challenge facing us now is to define which patients may benefit from having this pathway stimulated and which patients will benefit from having this pathway inhibited. Preclinical studies of this nature are essential for informing the pharmaceutical and federal health oversight agencies about potential benefits as well as potential harms that may result from use of compounds that affect this key signaling pathway,” said Dr. Garcia.

The research was supported by funds provided by the Department of Veterans Affairs and the National Institutes of Health.

UT Southwestern’s Harold C. Simmons Comprehensive Cancer Center is one of just 68 NCI-designated cancer centers in the nation. The Simmons Cancer Center includes 13 major cancer care programs with a focus on treating the whole patient with innovative treatments, while fostering groundbreaking basic research that has the potential to improve patient care and prevention of cancer worldwide. In addition, the Center’s education and training programs support and develop the next generation of cancer researchers and clinicians.

In addition, the Simmons Cancer Center is among only 30 U.S. cancer research centers to be named a National Clinical Trials Network Lead Academic Participating Site, a prestigious new designation by the NCI, and the only Cancer Center in North Texas to be so designated. The designation and associated funding is designed to bolster the cancer center’s clinical cancer research for adults and to provide patients access to cancer research trials sponsored by the NCI, where promising new drugs often are tested.