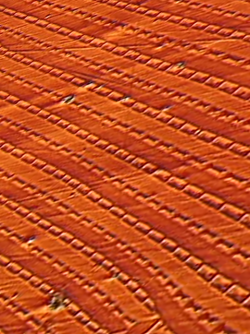 Newswise — A new class of magnets that expand their volume when placed in a magnetic field and generate negligible amounts of wasteful heat during energy harvesting, has been discovered by researchers at Temple University and the University of Maryland.

The researchers, Harsh Deep Chopra, professor and chair of mechanical engineering at Temple, and Manfred Wuttig, professor of materials science and engineering at Maryland, published their findings, “Non-Joulian Magnetostriction,” in the May 21st issue of the journal, Nature (DOI:10.1038/nature14459).

This transformative breakthrough has the potential to not only displace existing technologies but create altogether new applications due to the unusual combination of magnetic properties.

“Our findings fundamentally change the way we think about a certain type of magnetism that has been in place since 1841,” said Chopra, who also runs the Materials Genomics and Quantum Devices Laboratories at Temple’s College of Engineering.

In the 1840s, physicist James Prescott Joule discovered that iron-based magnetic materials changed their shape but not their volume when placed in a magnetic field. This phenomenon is referred to as “Joule Magnetostriction,” and since its discovery 175 years ago, all magnets have been characterized on this basis.

“We have discovered a new class of magnets, which we call ‘Non-Joulian Magnets,’ that show a large volume change in magnetic fields,” said Chopra. “Moreover, these non-Joulian magnets also possess the remarkable ability to harvest or convert energy with minimal heat loss.”

“The response of these magnets differs fundamentally from that likely envisioned by Joule,” said Wuttig. “He must have thought that magnets respond in a uniform fashion.”

Chopra and Wuttig discovered that when they thermally treated certain iron-based alloys by heating them in a furnace at approximately 760 degrees Celsius for 30 minutes, then rapidly cooled them to room temperature, the materials exhibited the non-Joulian behavior.

The researchers found the thermally treated materials contained never before seen microscopic cellular-like structures whose response to a magnetic field is at the heart of non-Joulian magnetostriction. “Knowing about this unique structure will enable researchers to develop new materials with similarly attractive properties,” Wuttig added.

The researchers noted that conventional magnets can only be used as actuators for exerting forces in one direction since they are limited by Joule magnetostriction. Actuation, even in two directions, requires bulky stacks of magnets, which increase size and reduce efficiency. Since non-Joulian magnets spontaneously expand in all directions, compact omnidirectional actuators can now be easily realized, they said.

Because these new magnets also have energy efficient characteristics, they can be used to create a new generation of sensors and actuators with vanishingly small heat signatures, said the researchers. These magnets could also find applications in efficient energy harvesting devices; compact micro-actuators for aerospace, automobile, biomedical, space and robotics applications; and ultra-low thermal signature actuators for sonars and defense applications.

Since these new magnets are composed of alloys that are free of rare-earth elements, they could replace existing rare-earth based magnetostriction alloys, which are expensive and feature inferior mechanical properties, said researchers.

“Chopra and Wuttig’s work is a good example of how basic research advances can be true game changers,” said Tomasz Durakiewicz, National Science Foundation condensed matter physics program director. “Their probing of generally accepted tenets about magnetism has led to a new understanding of an old paradigm. This research has the potential to catapult sustainable, energy-efficient materials in a very wide range of applications.”

The research was supported by the Condensed Matter Physics and the Metals programs of the National Science Foundation’s Division of Materials Research.

Note: Copies of this study, as well as an image, are available to working journalists and may be obtained by contacting Preston M. Moretz in Temple’s Office of Strategic Marketing and Communications at [email protected].