New Concrete Paving Machine to Improve the Quality of Roads 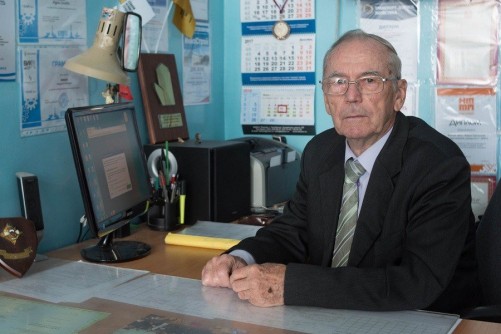 In the Russian Federation, the paved road network is growing 7 times less per million people than in the developed countries of Europe and in the USA. Because of the large and frequent defects of the road surface, the average speed of auto transport on Russian roads is 2-3 times slower than in the developed countries. Researchers from South Ural State University have created a new concrete paving machine which principally changes the techniques of building roads and increases the quality of the road surfaces.

Associate Professor of the SUSU Polytechnic Institute Department of Wheeled and Tracked Vehicles Evgeny Kromsky has been heading the Student Research Society of the Automobile and Tractor Faculty for many years now. Under his guidance, students are developing projects and participating in research conferences and contests where they earn medals. One of the latest achievements is a development and obtaining of patent jointly with students of the SUSU Polytechnic Institute, Andrey Zhakov and Ilya Votoropin.

“Our vehicles, in terms of mobile units, move the smallest volume of cargo in the world. We have an extremely high percentage of vehicle damage and breakdown, which is a result of moving on roads with significant surface defects. Experts show that traffic moves along 1km of road with defects leads to transport damages of 80 million rubles per year per automobile, and these losses have increased significantly in the last three years,” says Evgeny Kromsky.

Modern road-building machines made in Russia and abroad support a high level of mechanization, but do not totally meet the growing indicators of quality for building roads. Experts note that one of the main reasons for the low quality of roads is poor compaction of all of the structural layers: the roadbed and the cement or asphalt top layer.

“We analyzed the constructions of the concrete paving machine used today and tested it,” continues Evgeny Ilyich. “We determined both strengths and a few weaknesses. The strengths – the implementation of the ability to compact “difficult-to-deform” mixes; and the weaknesses – poor filling of the working zone with the initial material under the plate of the charge compressor thanks to the lack of the mechanism for forced material feed. So we decided to create a more modern model without this weakness.”

The existing technology for compacting road and construction materials based mostly on compressional strain, is “air compacting”, since a significant amount of air remains in the compacting materials. So SUSU researchers have suggested a new technology of compacting using mostly shear deformation and the so-called “air removing” technology.

“These new technologies and mechanisms principally change the techniques of road building. In place of 3-4 machines, we can now complete the same work with better efficiency and with higher quality, freeing up more than half of the existing machines,” notes Evgeny Kromsky.

The working surface of the charge compressor plate of the modernized concrete paving machine by SUSU researchers is divided into several sections with different angles which makes it possible to create compacted areas with various degrees of density: for especially dense material, for middle-density materials, and for zones of porous materials. The new design of the compression plate ensures the forced feed of materials from the hopper in to the charge compressor’s working zone, the gradual increase of the material density during pressing, and the smoothing and grouting of the surface of the compacted material.

“The new model has shown excellent results. The materials we tested include soil and concrete. Our concrete paving machine makes it possible to work with various kinds of concrete – from slurry to hard-to-deform concrete, which the existing machine cannot handle. Compared to ours, they only work with the kinds of concrete that have a particular amount of water,” explains SUSU student Andrey Zhakov.

In 2018, SUSU researchers obtained a patent for their concrete paving machine. In the future, the use of this invention will increase the lifespan of roadways and decrease the frequency of road repairs. The results that we obtained through our experiments allow us to say that asphalt, with the help of the developed mechanism, will be better compacted. Andrey Zhakov won the Innovative Russian Engineering Contest of Innovative Projects in Priority Areas of Development for Science and Technology in the mechanical engineering category with this development and was awarded a medal and diplomas.