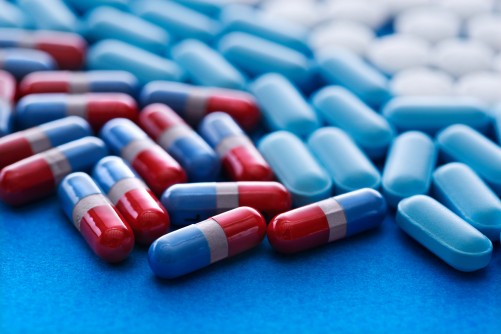 Newswise — OMAHA, Neb. (March 23, 2018) – An HIV diagnosis, while no longer constituting a death sentence, brings with it a lifetime, daily regimen of medication to help continually combat the virus.

New strategies in antiretroviral therapy, however, are charting a course for reducing dosages with longer-acting medications that have fewer side effects. Chris Destache, PharmD, a professor of pharmacy practice and Subhra Mandal, PhD, a post-doctoral researcher in the School of Pharmacy and Health Professions, are part of a research team testing these next generation therapies in hopes of relieving HIV patients of the burdens of side effects like bone loss and liver and kidney damage, along with detrimental pill fatigue and skipping doses that can lead to virus resistance.

For years, nucleoside/nucleotide reverse transcriptase inhibitors (NRTIs) have been the most effective class of drugs used in antiretroviral therapy. But the large daily doses, often accompanied by nausea and reduced appetite, have also become a stumbling block for patients.

Mandal and colleagues have published an article in the journal Current HIV Research reviewing the use of NRTIs and looking at new strategies to reduce NRTI side effects and at the potential for a long-acting delivery system that would release sustained drug levels from the depot and lessen the severity of side effects.

The new therapy could go a long way in ensuring patients receive proper amount of drugs and  minimize mutations that the virus makes. The long-acting delivery system has the potential to lessen side effects from NRTIs while keeping HIV undetectable in the body.