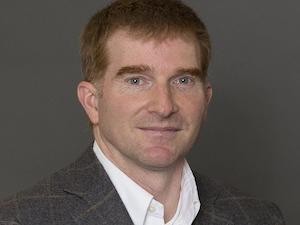 Steven Landry will begin leading the Harold and Inge Marcus Department of Industrial and Manufacturing Engineering on July 1, 2020.

As associate department head at Purdue, Landry oversees the industrial engineering graduate and undergraduate curriculum, including the development of new programs, administration of existing programs, and curriculum assessment and redesign. Landry’s research focuses on air transportation systems engineering and human factors, particularly on design systems that integrate humans and automation. He also has taught undergraduate and graduate courses in human factors, statistics and industrial engineering.

"Distinguished as both a researcher and educator, Steve also brings with him to Penn State abundant experience as an accomplished administrator,” said Justin Schwartz, the Harold and Inge Marcus Dean of Engineering at Penn State. "Under Steve’s leadership, I am confident that IME will continue to shape the future of industry in new and exciting ways.”

Landry has been recognized multiple times for both research and teaching. He has published more than 80 peer-reviewed journal articles, conference papers and book chapters on areas including flight deck automation, human-computer interaction in aerospace and human factors in aviation. His work has been funded by a variety of agencies, including the Federal Aviation Administration and the National Aeronautics and Space Administration (NASA).

Before joining the faculty at Purdue in 2005, Landry was an aeronautics engineer for NASA at the Ames Research Center, researching and developing air traffic control automation. He previously served as an aircraft commander, instructor and flight examiner with the U.S. Air Force. Landry received his doctorate in industrial and systems engineering from the Georgia Institute of Technology, his master's in aeronautics and astronautics from the Massachusetts Institute of Technology, and his bachelor's in electrical engineering from Worcester Polytechnic Institute.

“I am truly excited and honored to join and lead one of the nation’s top industrial engineering departments,” Landry said. “I will work hard to contribute to and help build upon the excellence that has been displayed by the faculty, staff, students and alumni at Penn State across so many decades, as we work toward having an even greater impact on society.”

As department head, Landry succeeds Ling Rothrock, who has served in the role in an interim capacity since July 2019. Rothrock will rejoin the faculty as a professor in the department.

“Ling has done a wonderful job helping to guide IME over the past year,” Schwartz said. “As a result of his leadership, and the leadership of previous department head Janis Terpenny, Steve joins a department well positioned to continue its upward trajectory.”

Education Engineering In the Workplace