Idelalisib could be on the market later this year, pending FDA approval 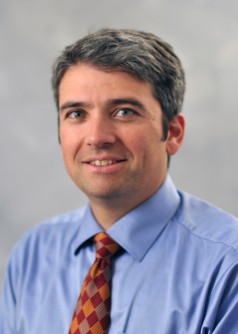 Newswise — SEATTLE – Slow-growing, or indolent, non-Hodgkin lymphomas are difficult to treat, with most patients relapsing repeatedly and the disease becoming increasingly resistant to therapy over time.

But a new drug made by Seattle-based Gilead Sciences Inc. appears to offer hope for fighting the disease, according to a study published online today in The New England Journal of Medicine in advance of its March 13 print issue.

The phase 2 study involved 125 patients aged 33 to 87 with indolent non-Hodgkin lymphoma (iNHL) who had not responded to conventional treatments or had relapsed within six months of therapy. The patients, who were from the Seattle area, around the United States and Europe, were given a twice-daily dose of idelalisib, a highly selective oral drug that inhibits phosphoinositide 3-kinase (PI3K) delta. P13K deltas are a family of enzymes seen in many types of B-cell malignancies.

Following treatment with idelalisib, tumor size shrunk by at least half in 57 percent of the patients and 6 percent had no measurable evidence of cancer. “These are patients who had exhausted current standard therapies,” said Ajay Gopal, M.D., a member of Fred Hutchinson Cancer Research Center’s Clinical Research Division and the study’s lead and corresponding author. “In terms of effective therapy available, there really wasn’t much left.”

Indolent non-Hodgkin lymphomas comprise about one-third of all cases of NHL. About 20,000 people in the United States were diagnosed with iNHL in 2012 and approximately 7,000 died of the disease. The standard treatment for iNHL is a combination of rituximab, a drug that targets the protein CD20 found on B cells, and chemotherapy. While conventional treatment can be initially effective, iNHLs relapse over time and can lead to life-threatening complications such as infections and marrow failure. And unlike the toxic effects of chemotherapy, the most common side effects among patients in the trial were diarrhea and colitis, which occurred in a minority of participants and could usually be managed with dosage adjustments.

The NEJM paper, which was funded by Gilead Sciences and involved co-authors from 17 institutions in the U.S. and Europe, is the first publication of clinical data on idelalisib. The U.S. Food and Drug Administration (FDA) accepted the drug for review in early January and also gave it a Breakthrough Therapy designation for treatment of relapsed chronic lymphocytic leukemia (CLL) based on the results of another clinical trial.

Gopal, who helped write the protocol for the trial and treated many of the patients involved, said while it doesn’t appear that the drug is curative, it holds tremendous promise for helping to control the disease for long periods of time. “I think there’s going to be a lot of interest in it,” he said. Gopal, also an associate professor at the University of Washington School of Medicine and the director of clinical research for hematology at Seattle Cancer Care Alliance, said depending on the FDA review, idelalisib could be approved for clinical use later this year. Such drugs, he said, represent a highly targeted and less harmful approach to treating cancer.

“Chemotherapy is a very blunt instrument,” he said. “This is much more specific.”