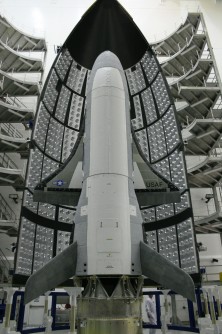 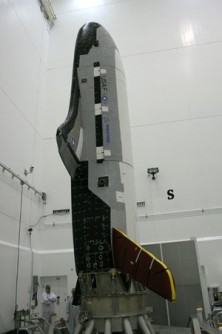 Newswise — Last month’s inaugural liftoff of the U.S. Air Force X-37B secret space plane also launched a variety of educated and uninformed guesses as to the true mission of the vehicle.

The X-37B Orbital Test Vehicle -1 (OTV-1) is now orbiting the Earth, boosted into space by an Atlas booster on April 22, 2010. Upon mission completion – which could be anytime in the next 250 days -- the unpiloted craft is to auto-land in California.

A new X-37B Orbital Test Vehicle Fact Sheet is now available from Secure World Foundation that details the likely uses of the reusable space vehicle. The informative fact sheet also explains the advantages and disadvantages of theoretical duties of the mini-space plane, gauging them in high, medium and low feasibility.

“The intent behind this fact sheet was to look at the technical feasibility of some of the proposed missions for the X-37B,” said SWF's Weeden.

“There has been a lot of speculation about what this vehicle could do and what sort of capabilities it could provide to the U.S. military, and some of that speculation was based on more science fiction than fact,” Weeden said. “While a successful completion of the X-37B flight, landing, and turn-around will certainly be a significant step forward in reusable space vehicle technology, it is a long ways away from a single-stage-to-orbit capability.”

Weeden said that after looking at all the proposed missions for the X-37B, he concluded the most likely is that it will be used as a flexible, responsive spacecraft to collect intelligence from space and as a platform to flight test new sensors and satellite hardware.

“One of the downsides to using satellites for collecting intelligence is that once they are launched they have a fixed set of sensors and capabilities,” Weeden said. “The X-37B brings to space the capability to customize the on-board sensor package for a specific mission, similar to what can be done with U.S. reconnaissance aircraft such as the U-2 and SR-71. In many ways, this gives the X-37B the best of both worlds,” he added.

Secure World Foundation (SWF) is headquartered in Superior, Colorado, with offices in Washington, D.C. and Vienna, Austria. SWF is a private operating foundation dedicated to the secure and sustainable use of space for the benefit of Earth and all its peoples.

SWF engages with academics, policy makers, scientists and advocates in the space and international affairs communities to support steps that strengthen global space security. It promotes the development of cooperative and effective use of space for the protection of Earth’s environment and human security.

The Foundation acts as a research body, convener and facilitator to advocate for key space security and other space related topics and to examine their influence on governance and international development. 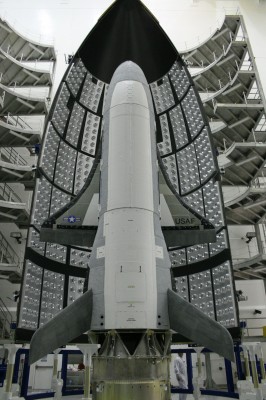 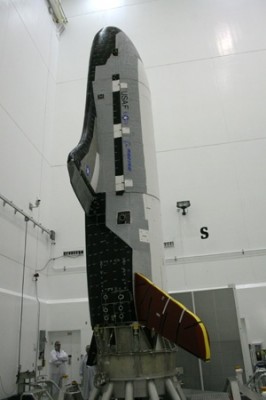