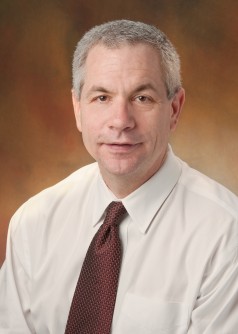 John Maris, M.D., is director of the Center for Childhood Cancer Research at The Children's Hospital of Philadelphia

Newswise — Pediatric cancer researchers have identified variations in a gene as important contributors to neuroblastoma, the most common solid cancer of early childhood. The study team, led by researchers at The Children’s Hospital of Philadelphia, found that common variants in the LMO1 gene increase the risk of developing an aggressive form of neuroblastoma, and also mark the gene for continuing to drive the cancer’s progression once it forms.

The study appears online today in Nature. A cancer of the sympathetic nervous system that usually occurs as a solid tumor in the abdomen, neuroblastoma accounts for 10 percent of childhood cancer deaths.

“Although genes closely related to LMO1 have previously been implicated in other cancers, this gene was not previously suspected to have a role in neuroblastoma,” said study leader John M. Maris, M.D., director of the Center for Childhood Cancer Research at The Children’s Hospital of Philadelphia. “We found that in addition to putting a child at risk of developing neuroblastoma, it acts as an oncogene—driving the biological changes that make tumors grow and spread throughout the body.”

Maris collaborated with Hakon Hakonarson, M.D., Ph.D., director of the Center for Applied Genomics at The Children’s Hospital of Philadelphia, and co-senior author on the study, as well as with a large team of international investigators in performing a genome-wide association study (GWAS). They analyzed DNA samples from 2,251 patients (most of which were provided by the multicenter Children’s Oncology Group) along with 6,097 control samples.

The researchers found a significant association between neuroblastoma and the LMO1 gene, located on chromosome 11, detecting the strongest signal among patients with the most aggressive form of the disease. This portion of the study identified SNPs, changes in a single letter within the DNA sequence, which predispose a child to developing neuroblastoma.

The study team then searched for copy number alterations--duplications or deletions of stretches of DNA--across the whole genome in neuroblastoma cancer cells. Again, the LMO1 gene displayed abnormal changes: duplicated sections of DNA that tended to occur in a significant percentage of tumors.

“The normal role of the LMO1 gene is mainly to regulate gene transcription in the nervous system,” said Maris. In gene transcription, DNA-encoded information is converted to RNA, part of the process by which a gene carries out biological functions. “The abnormalities we have found in this gene result in abnormally increased activity, driving an overproduction of cells into a tumor.”

To further investigate the gene’s role, the researchers used genetic tools to decrease LMO1’s activity, and showed that this inhibited the growth of neuroblastoma cells in culture. Increasing LMO1 gene expression had the opposite effect, causing tumor cells to proliferate.

Because other genes in the LMO family are known to be active in acute leukemias, other researchers have been investigating potential anti-leukemia drugs to target portions of the LMO pathway. However, added Maris, using this knowledge to develop treatments for either leukemia or neuroblastoma will require much further work.

In the meantime, Maris suggests, the current research suggests that GWAS studies, already widely employed to identify common gene variants that confer disease risk, may also have another benefit, in indicating that the same genetic region may have a strong impact on cancer progression. “The real potential of studies like this may be in discovering new therapeutic targets.”

Hakonarson agrees, adding that, “This is a prime example in which integrative genomics, combining SNP discovery arrays with gene expression arrays and other functional approaches, holds great promise in expanding our knowledge base for translating genetic discovery to clinical uses.”

The Children’s Oncology Group provided the majority of blood and tumor specimens, as well as clinical and outcome data, used in the study. Financial support for the study came from the National Institutes of Health, The Children’s Hospital of Philadelphia, the Giulio D’Angio Endowed Chair, the Alex’s Lemonade Stand Foundation, the Evan Dunbar Foundation, the Rally Foundation, Andrew’s Army Foundation, the Abramson Family Cancer Research Institute, a Howard Hughes Medical Institute Research Training Fellowship, a fellowship from Associazione Oncologia Pediatrica e Neuroblastoma, and the Cotswold Foundation.

About The Children’s Hospital of Philadelphia: The Children's Hospital of Philadelphia was founded in 1855 as the nation's first pediatric hospital. Through its long-standing commitment to providing exceptional patient care, training new generations of pediatric healthcare professionals and pioneering major research initiatives, Children’s Hospital has fostered many discoveries that have benefited children worldwide. Its pediatric research program is among the largest in the country, ranking third in National Institutes of Health funding. In addition, its unique family-centered care and public service programs have brought the 460-bed hospital recognition as a leading advocate for children and adolescents. For more information, visit http://www.chop.edu.