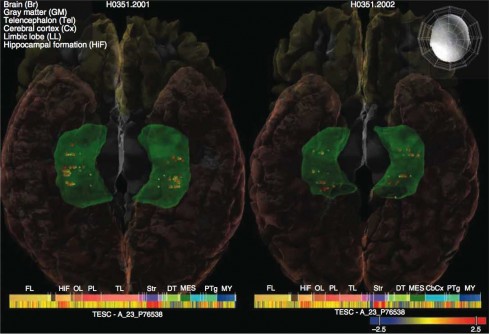 In studying a gene that drives cell growth, Project ENIGMA scientists found that a variant of the gene boosted its expression levels (shown as colored dots), also enlarging the brain's memory centers (shadowed in green). 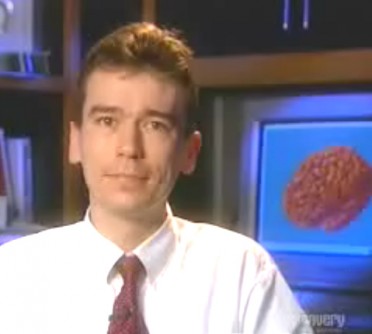 Senior author Paul Thompson, Ph.D. UCLA professor of neurology at the David Geffen School of Medicine and professor of psychiatry at the Semel Institute

Newswise — In the world’s largest brain study to date, a team of more than 200 scientists from 100 institutions worldwide collaborated to map the human genes that boost or sabotage the brain’s resistance to a variety of mental illnesses and Alzheimer’s disease. Published April 15 in the advance online edition of Nature Genetics, the study also uncovers new genes that may explain individual differences in brain size and intelligence.

“We searched for two things in this study,” said senior author Paul Thompson, professor of neurology at the David Geffen School of Medicine at UCLA and a member of the UCLA Laboratory of Neuro Imaging. “We hunted for genes that increase your risk for a single disease that your children can inherit. We also looked for factors that cause tissue atrophy and reduce brain size, which is a biological marker for hereditary disorders like schizophrenia, bipolar disorder, depression, Alzheimer’s disease and dementia.”

Three years ago, Thompson’s lab partnered with geneticists Nick Martin and Margaret Wright at the Queensland Institute for Medical Research in Brisbane, Australia; and with geneticist Barbara Franke of Radboud University Nijmegen Medical Centre in the Netherlands. The four investigators recruited brain-imaging labs around the world to pool their brain scans and genomic data, and Project ENIGMA (Enhancing Neuro Imaging Genetics through Meta-Analysis) was born.

“Our individual centers couldn’t review enough brain scans to obtain definitive results,” said Thompson, who is also a professor of psychiatry at the Semel Institute for Neuroscience and Human Behavior at UCLA. “By sharing our data with Project ENIGMA, we created a sample large enough to reveal clear patterns in genetic variation and show how these changes physically alter the brain.”

In the past, neuroscientists screened the genomes of people suffering from a specific brain disease and combed their DNA to uncover a common variant. In this study, Project ENIGMA researchers measured the size of the brain and its memory centers in thousands of MRI images from 21,151 healthy people while simultaneously screening their DNA.

“Earlier studies have uncovered risk genes for common diseases, yet it’s not always understood how these genes affect the brain,” explained Thompson. “This led our team to screen brain scans worldwide for genes that directly harm or protect the brain.”

In poring over the data, Project ENIGMA researchers explored whether any genetic variations correlated to brain size. In particular, the scientists looked for gene variants that deplete brain tissue beyond normal in a healthy person. The sheer scale of the project allowed the team to unearth new genetic variants in people who have bigger brains as well as differences in regions critical to learning and memory.

When the scientists zeroed in on the DNA of people whose images showed smaller brains, they found a consistent relationship between subtle shifts in the genetic code and diminished memory centers. Furthermore, the same genes affected the brain in the same ways in people across diverse populations from Australia, North America and Europe, suggesting new molecular targets for drug development.

“Millions of people carry variations in their DNA that help boost or lower their brains’ susceptibility to a vast range of diseases,” said Thompson. “Once we identify the gene, we can target it with a drug to reduce the risk of disease. People also can take preventive steps through exercise, diet and mental stimulation to erase the effects of a bad gene.”

In an intriguing twist, Project ENIGMA investigators also discovered genes that explain individual differences in intelligence. They found that a variant in a gene called HMGA2 affected brain size as well as a person’s intelligence.

DNA is comprised of four bases: A, C, T and G. People whose HMGA2 gene held a letter “C” instead of “T” on that location of the gene possessed larger brains and scored more highly on standardized IQ tests.

“This is a really exciting discovery: that a single letter change leads to a bigger brain,” said Thompson. “We found fairly unequivocal proof supporting a genetic link to brain function and intelligence. For the first time, we have watertight evidence of how these genes affect the brain. This supplies us with new leads on how to mediate their impact.”

Because disorders like Alzheimer’s, autism and schizophrenia disrupt the brain’s circuitry, Project ENIGMA will next search for genes that influence how the brain is wired. Thompson and his colleagues will use diffusion imaging, a new type of brain scan that maps the communication pathways between cells in the living brain. 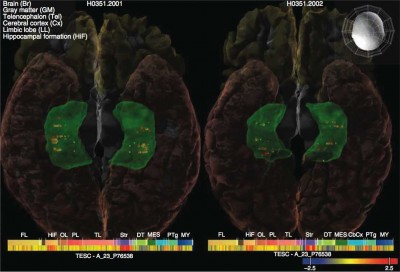 Caption: In studying a gene that drives cell growth, Project ENIGMA scientists found that a variant of the gene boosted its expression levels (shown as colored dots), also enlarging the brain's memory centers (shadowed in green). 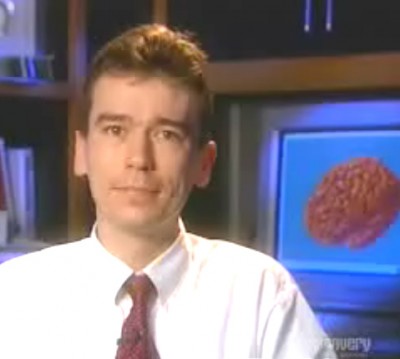 Caption: Senior author Paul Thompson, Ph.D. UCLA professor of neurology at the David Geffen School of Medicine and professor of psychiatry at the Semel Institute