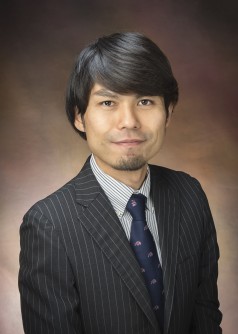 Kosuke Izumi, MD, PhD, is a clinical geneticist and genetics researcher at The Children's Hospital of Philadelphia.

“This genetic syndrome represents a novel class of disorders,” said study leader Kosuke Izumi, MD, PhD, a clinical geneticist and genetics researcher at The Children’s Hospital of Philadelphia (CHOP). “We have reported only the second known disease associated with the COPI protein complex, one of the three key intracellular protein transport systems.”

Izumi and colleagues from Japan, France, Belgium and Singapore co-authored the study appearing today in the American Journal of Human Genetics.

They report on four individuals (three children and an adult) from three unrelated families, all of whom have a mutation in the ARCN1 gene. Izumi and colleagues named the disorder ARCN1-related syndrome. As with other newly reported disorders, the scientists expect researchers will now identify other individuals with this syndrome, based on this study.

The four subjects have clinically recognizable skeletal features, including facial differences, severe micrognathia (small jawbones), small heads and limbs, and mild developmental delays. The adult, first described in a 1997 paper, is now 25 years old and has a daughter with the same mutation. Izumi evaluated one of the other children at Nagano Children’s Hospital in Japan, and performed a genetic analysis on her before returning to CHOP this summer.

By sequencing the four patients’ exomes, the protein-coding portions of DNA, the study team identified loss-of-function mutations in the archain 1 gene (ARCN1). That gene encodes proteins in the COPI system, one of three systems that govern the transport of proteins between two structures within cells—the endoplasmic reticulum (ER) and the Golgi apparatus. Both structures have key functions in manufacturing and packaging proteins.

If a mutation disrupts normal protein trafficking, protein accumulates in the ER, where it may cause a stress response that kills cells. This stress also impairs the ER’s secretion of collagen, an important part of the connective tissue within bone and cartilage. In the COPII system, which is related to COPI, collagen secretion problems apparently result in osteogenesis imperfecta, a disorder with extreme bone fragility. In ARCN1-related syndrome, reduced collagen secretion likely affects bone development, but less severely than in osteogenesis imperfecta.

The four patients with ARCN1-related syndrome also have intellectual disability. Based on evidence from other researchers that the COPI system has a role in neurotransmitter release and other neuronal functions, Izumi and colleagues suggest that ACRN1 mutations affect brain development.

Izumi said that realizing how stressful it is for families of a child with a rare disorder to not know a diagnosis, he was extremely pleased to make that diagnosis. Even if definitive treatments are not yet known, parents are often relieved to end their “diagnostic odyssey,” the succession of tests and unsuccessful treatments that often accompany a child’s complex, undiagnosed condition. He said, “The family of the child I cared for in Japan was glad to have a name for her condition, and to learn that there are other individuals with the same diagnosis.”

Izumi received similar appreciative comments from parents when, as a resident at CHOP, he helped discover the causative mutation in another multisystem disorder called CHOPS syndrome. He has since joined the faculty of CHOP’s Individualized Medical Genetics Center as well as the Division of Genomic Diagnostics, where he applies exome sequencing in clinical settings to help provide better care for children with rare genetic conditions.

Further studies need to be done, said Izumi, to investigate the role of ER stress and COPI transport in bone formation. He added that discovering the causative gene is only an initial step. “In order to provide better care for children with ARCN1-related syndrome, we still need to understand the full clinical spectrum of this disorder. At the same time, we need to better understand the disease mechanism in order to discover therapies.”

About The Children's Hospital of Philadelphia: The Children's Hospital of Philadelphia was founded in 1855 as the nation’s first pediatric hospital. Through its long-standing commitment to providing exceptional patient care, training new generations of pediatric healthcare professionals, and pioneering major research initiatives, Children’s Hospital has fostered many discoveries that have benefited children worldwide. Its pediatric research program is among the largest in the country. In addition, its unique family-centered care and public service programs have brought the 535-bed hospital recognition as a leading advocate for children and adolescents. For more information, visit http://www.chop.edu