Electrical and computer engineering professors recognized for contributions to the field 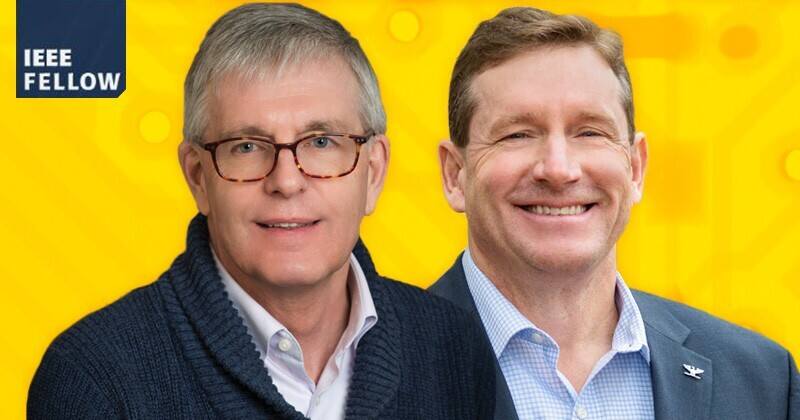 Newswise — Two electrical and computer engineering professors from the University of Delaware have been named Fellows of IEEE, formerly known as The Institute of Electrical and Electronics Engineers. No more than one 10th of 1% of the total IEEE voting membership can be elevated to Fellow status.

“The Department of Electrical and Computer Engineering is proud of these distinguished scholars,” said Department Chair Ken Barner, Charles Black Evans Professor of Electrical and Computer Engineering. “Our students are fortunate to learn from these foremost experts in high-performance computing and diffractive optical systems.”

Haining Wang, who was a professor of electrical and computer engineering at UD from 2014 to 2019, was named an IEEE Fellow for contributions to network and cloud security. He is now a professor at Virginia Tech.

Eigenmann studies optimizing compilers, programming methodologies, tools and performance evaluation for high-performance computing, as well as the design of cyberinfrastructure.

This work has been maintained by a funding level of over $115 million by sponsors including the National Science Foundation (NSF), the Department of Energy, and Intel Corporation, which has resulted in 179 publications and 11 books/chapters.

He leads at team of researchers that recently received a $1.4 million grant from the NSF to implement a major computational and data resource at UD.

Since 2018, Eigenmann has been an advisory board member for Extreme Science and Engineering Discovery Environment (XSEDE), an NSF-funded virtual organization that integrates and coordinates the sharing of advanced digital services. In 1997, he received an NSF CAREER Award.

Eigenmann came to UD in 2017 from Purdue University, where he was a professor in the School of Electrical and Computer Engineering. From 2013-2017, he also served as program director in the National Science Foundation's Office of Advanced Cyberinfrastructure. He received his doctorate in electrical engineering/computer science from ETH Zurich, Switzerland.

This work has been maintained by a funding level of over $35 million by sponsors including NSF, the Air Force Office of Scientific Research, the Defense Advanced Research Projects Agency, Office of Naval Research, Army Research Office and many industrial sponsors and has resulted in over 600 publications, over 40 patents, and 16 books/chapters.

In 2017, Prather was named to the National Academy of Inventors. He holds more than 60 patents and invention disclosures.

Prather joined UD’s faculty in 1997 after receiving his doctorate in electrical engineering from the University of Maryland.