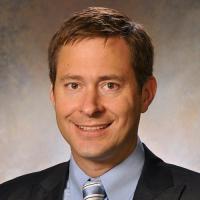 Credit: Image from the Collier Lab.

An image of self-assembled peptide nanofibers, which are currently under investigation for engineered vaccines. 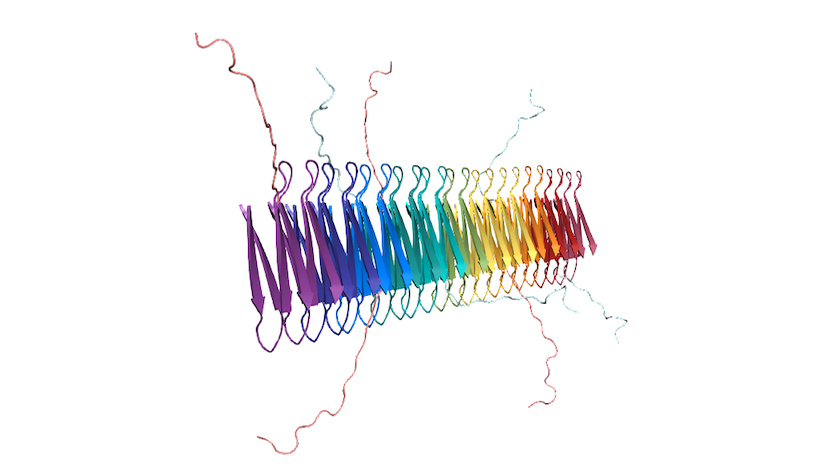 A schematic of the structure of the nanofiber scaffolding.

Newswise — The ongoing COVID-19 pandemic is shining a bright spotlight on vaccine development. As numerous vaccines race through clinical trials, physicians and researchers continue to work on developing new vaccine technologies to generate the most effective vaccines with the fewest side effects.

A new proof-of-concept study by researchers at the University of Chicago and Duke University demonstrates the potential for one such platform, using self-assembling peptide nanofibers tagged with antigens to prime the immune system against a potential invasion.

Their research, published in Science Advances on August 7, 2020, showed that these nanofibers can induce an immune response and activate T cells without the use of additional adjuvants, which can induce inflammation and are associated with common vaccine side effects, like soreness at the injection site or low-grade fever.

“We wanted to understand how the body processed this nanofiber system, from its first interaction with the immune system to the point where it led to a complete immune response,” said co-senior author Anita Chong, PhD, a professor of surgery at the University of Chicago Medicine. “In order to visualize the uptake of the nanofibers, we decided to try the intranasal route, because it would give us access to dendritic cells in the lungs and let us track their movement into the draining lymph nodes.”

Lining the surfaces of the lungs and intestines, dendritic cells act as a first point of contact for the innate immune system. These cells bind to and gobble up the antigens found on the surface of invading pathogens, then turn around and present the antigens on their own cell surface to other immune system cells, including T and B cells. This allows the T cells to initiate an immune response and prepare to defend the body against the invading bacteria, fungus or virus.

In the study, the researchers leveraged their nanofiber platform to test a specific kind of vaccine, called a subunit vaccine, which only uses a specific protein intended to act as the main antigen to stimulate an immune response. This is in contrast to other kinds of vaccines, such as live-attenuated vaccines or inactivated vaccines, which challenge the immune system by introducing the whole virus, in a less virulent or inactive form.

Each type of vaccine has its advantages and disadvantages; live-attenuated vaccines can offer the most protection, but because they contain the actual pathogen, they frequently can’t be used for patients with weakened immune systems.

“The major advantage of subunit vaccines is safety since they don’t involve the replication of live pathogens,” said first author Youhui Si, PhD, a research scientist at UChicago. “On the other hand, to increase their effectiveness, subunit vaccines require adjuvants and repeated doses to induce long lasting immunity against a disease.”

Adjuvants have the big downside of provoking inflammation. “This makes it difficult to find the balance between getting a strong enough immune response and making the vaccine as safe and side effect-free as possible,” said co-senior author Joel Collier, PhD, an associate professor of biomedical engineering at Duke University.

“The fiber we’ve developed is unique in that it doesn’t require that inflammation,” he continued. “The scaffolding itself seems to be able to activate the dendritic cells to kick off the immune response. But before now, we didn’t have any real understanding of which pathways were involved in this process, so this study provides some insight into what’s going on.”

The researchers say that not requiring adjuvants has a lot of advantages. “Aside from the inflammation issues, adjuvants require vaccines to be kept in cold storage,” Chong said. “Without them, the peptides are quite heat stable, and can be delivered as a dry powder to be reconstituted into nanofibers on site, making it easier to get vaccines into resource-limited areas.”

The researchers believe that the primary strength of their nanofiber scaffolding is that it provides a physical structure that presents the antigens to the dendritic cells, making it easier for the innate immune system to recognize the antigens and begin a response.

“I think there has not been enough attention toward understanding the physical scaffolding surrounding antigens, and the information that scaffolding provides to the immune system,” said Chong. “This system will let us start picking apart the signals that are delivered by a physical structure; are they complimentary to, or distinct from, the soluble chemical adjuvants?”

While the study was intended primarily to uncover the mechanism by which the nanofibers can induce an immune response, the results also demonstrate that this platform has great potential for generating safe, effective intranasal vaccines.

“We saw that the peptide fibers alone generated a strong immune response via the intranasal route,” Collier said. “This route is great for vaccine compliance, because it doesn’t involve a needle. Some people have a hard time with needles – including myself! They can induce a vasovagal response, causing people to lose consciousness, and it’s difficult to control. Eliminating needles from a vaccine platform could help with this issue and may mean that more people will seek out the vaccine.”

This platform would also allow physicians and scientists to more precisely dial in the immune response to provide the best protection against a disease. They provided the example of SARS-CoV-2, the novel coronavirus that causes COVID-19, as an example where being able to fine-tune the immune response and delivering the vaccine directly to the most affected tissues could be beneficial.

“We don’t know yet which antigens will be most maximally protective against COVID-19,” said Collier. “This would let us very precisely target and produce antibodies and T cells that will provide the most protection.”

The researchers said that the intranasal platform and the similar sublingual platform, which involves spraying the vaccine under the tongue, have a lot of potential. “Not only are these routes needle-free, making it easier and more comfortable for people to access, but they can also elicit an immune response in the lungs or mucosal tissues directly,” Chong said. “Many infections occur through the oral and respiratory routes, including COVID-19, so being able to trigger that immune response in the right area of the body is very helpful, and could make a vaccine more protective.”

The University of Chicago Medicine, with a history dating back to 1927, is one of the nation’s leading academic health systems. It unites the missions of the University of Chicago Medical Center, Pritzker School of Medicine and the Biological Sciences Division. Twelve Nobel Prize winners in physiology or medicine have been affiliated with the University of Chicago Medicine. Its main Hyde Park campus is home to the Center for Care and Discovery, Bernard Mitchell Hospital, Comer Children’s Hospital and the Duchossois Center for Advanced Medicine. It also has ambulatory facilities in Orland Park, South Loop and River East as well as affiliations and partnerships that create a regional network of care. UChicago Medicine offers a full range of specialty-care services for adults and children through more than 40 institutes and centers including an NCI-designated Comprehensive Cancer Center. Together with Harvey-based Ingalls Memorial, UChicago Medicine has 1,296 licensed beds, nearly 1,300 attending physicians, over 2,800 nurses and about 970 residents and fellows.

Credit: Image from the Collier Lab.

Caption: An image of self-assembled peptide nanofibers, which are currently under investigation for engineered vaccines.

Caption: A schematic of the structure of the nanofiber scaffolding.