New Cell Transplant Program, One of Few in the Country, Giving Pancreatitis Patients a Better Option

UNC is one of only a dozen institutions across the country offering a surgery that removes the pancreas, harvests islet cells that secrete insulin from the pancreas, and infuses them into the liver where they can fully function. It lays the groundwork for cell transplant therapy for a variety of diseases in the future.

Newswise — CHAPEL HILL, NC – For the first time in more than two years, 20-year-old Magnolia Long is craving food. It’s a huge milestone for the college student because up until this February, she had no appetite due to the nausea and severe abdominal pain caused by pancreatic cystosis, a rare complication of cystic fibrosis.

“I always had this constant, dull pain in my stomach growing up. I went to the doctor but we never got a diagnosis. I was so used to it that I didn’t think much of it unless the pain got worse than the baseline pain I was used to. One day when I was a senior in high school it got so bad I just had to lie down and put ice packs on my stomach,” Long said.

That was in July of 2015 when Long’s mother, Jean Roth, took her daughter to the emergency room. On a subsequent hospital visit to Long learned that her pancreas was replaced with cysts, one of the worst cases of pancreatic cystosis her doctors at UNC had seen.

“It was horrible, absolutely horrible,” said Roth, a registered nurse who at the time worked at Pardee Hospital in Hendersonville, NC. “Seeing my daughter in such pain and not being able to fix it was awful. She’d grown up dealing with cystic fibrosis, but this was different. This was life-changing pain. Magnolia thought she might have to put off starting college.”

Long was losing weight due to the nausea and vomiting caused by the effects of cysts in her pancreas. She and her mother learned there were few treatment options available to ease her pain, and none of them were permanent. She started school at East Tennessee State University as planned, but every couple of months she took time off to have an endoscopic aspiration performed to reduce the size of the cysts on her pancreas, which temporarily eased the pain. As time went by, the benefits of these procedures became less and less.

In October 2016 during an endoscopic aspiration, Long’s gallbladder was perforated. She was told she would eventually need surgery to fix the perforation. Chirag S. Desai, MD, who at the time had recently started working at UNC as the surgical director of liver transplantation, was consulted on the case.

Desai told Long that he was starting the Chronic Pancreatitis and Autologous Islet Cell Transplant Program. He told her—based on his prior experience of dealing with similar cases—that she may be a good candidate for the surgery. He explained that in addition to removing her gallbladder, he could perform a full pancreatectomy, salvage islet cells from the pancreas that secrete insulin and other critical hormones, and infuse those cells into the liver where they could function normally. Long had previously explored the possibility of this surgery, but was told by a different institution that she may not be a good candidate.

Desai said that while most treatments for chronic and recurrent pancreatitis aren’t permanent and don’t give the patient much relief, this surgery provides permanent pain relief while also preventing patients from developing brittle diabetes—a severe form of insulin dependent diabetes that is difficult to control.

Desai worked for months getting everything in place for the surgery to be completed. He assembled a team and created a laboratory facility where a patient’s pancreas would be dissolved using specialized enzymes, allowing the islet cells to be separated and salvaged from the essentially digested pancreas. This is the second islet cell transplant program he has started—the first at Georgetown University Hospital in Washington, D.C.—and it is one of less than a dozen active programs in the U.S.

During this time, Long transferred schools to UNC Greensboro to be closer to Chapel Hill for her medical appointments. Roth also made a move to be closer to her daughter’s treatment, and started working in the vascular-interventional radiology (VIR) division at the UNC Hospital in Chapel Hill.

By the beginning of 2018 everything for the islet transplant program was in place. Desai had been closely monitoring and performing numerous tests on Long—as he does with every candidate for the surgery—to make sure it was still the best option. In that time Long’s pain worsened to the point that she began taking pain medication to lessen her discomfort.

“I knew this was going to be a big surgery and I was hesitant at first, even scared. Eventually I realized it was necessary and ultimately the right thing to do,” said Long.

In February, Long became the second patient ever to have the procedure done within the state of North Carolina. In addition to a total pancreatectomy and islet cell transplant, her gall bladder and spleen were removed in what Desai called a very challenging, but successful surgery.

“We got a lot of islet cells from her pancreas that we were able to infuse into her liver, and Magnolia tolerated the surgery very well. We had minimal blood loss and didn’t need a blood transfusion. The biggest challenge we faced was the unusual placement of her hepatic artery, but we were able to work around it,” said Desai.

Long was in the hospital for nine days after the surgery. The relief was so immediate that within three weeks of the surgery she was back at school, maintaining her 4.0 GPA. She is insulin independent and back to her normal medication routine for cystic fibrosis. She’s also slowly gaining back weight thanks to her newfound appreciation for food.

“I’m not in pain anymore and it’s wonderful. The surgery helped me, and Dr. Desai was great through the whole process. I know he genuinely cares about my well-being and did everything he could to get me feeling better,” Long said.

“The difference in Magnolia is amazing,” Roth said. “She is doing so well. I’m thankful for Dr. Desai and the hospital for their effort with my daughter. We have absolutely been blessed.”

Three patients have received surgery this year through the UNC Chronic Pancreatitis and Autologous Islet Cell Transplant Program and Desai says they hope to help even more in the future.

“There are so few places in the country to get this surgery done,” said Desai. “To have this cell transplant initiative here in Chapel Hill offers a new hope to people suffering from pancreatitis in North Carolina, and it lays the groundwork for cell transplant therapy for a variety of diseases in the future.”

If you’d like to learn more about this program you can contact the UNC Center for Transplant Care at 984-974-5698. 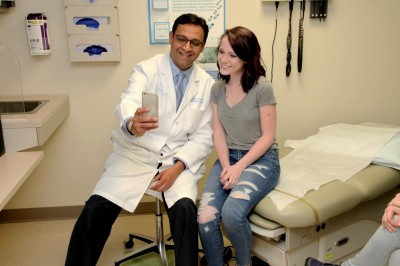 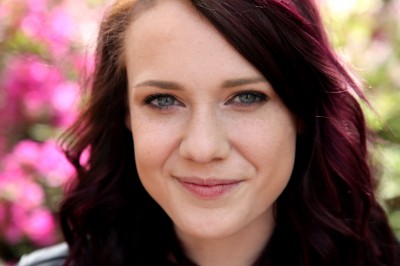 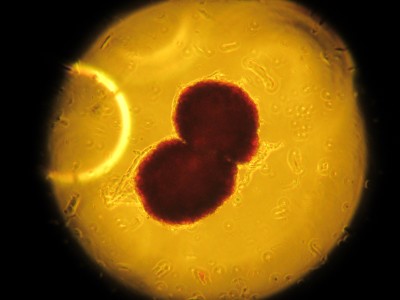