Michael Anestis, a public health psychologist at the University of Southern Mississippi, will join the Rutgers-led Center in July 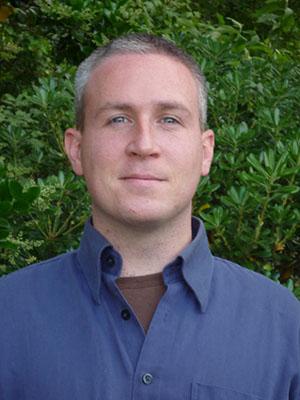 Michael Anestis, a public health psychologist and expert on firearms and suicide risk, has been appointed as executive director of the New Jersey Center on Gun Violence Research led by Rutgers University.

Newswise — Michael Anestis, a public health psychologist and expert on firearms and suicide risk, has been appointed as executive director of the New Jersey Center on Gun Violence Research led by Rutgers University.

Anestis, an associate professor of psychology at the University of Southern Mississippi and the director of the Suicide and Emotion Dysregulation Laboratory, will take on his new role at Rutgers in July. He calls gun violence a public health crisis and says the New Jersey Center of Gun Violence Research will continue to provide evidence-based solutions to meet the needs of the communities most impacted.

“The Center on Gun Violence Research, which is one of the first such centers in the country, is excited to welcome Michael Anestis, whose expertise will navigate the multifaceted drivers of gun violence,” said Brian Strom, chancellor of Rutgers Biomedical and Health Sciences. “He, along with his colleagues at Rutgers, has unparalleled experience to deliver insights that inform public policies and prevent the tragedies that have become all too common in American society.”

The Rutgers-based center, supported by the New Jersey Office of the Secretary for Higher Education and housed at the Rutgers School of Public Health, takes a public health approach to gun violence, examining individual, community-based and societal factors that place some people at greater risk for gun violence. The Center is focused on research, education and advocacy and addresses all forms of gun violence across urban, suburban and rural areas.

Anestis says with more than 100,000 firearm-related incidents in the United States each year, with one-third ending in death, Rutgers is positioned to become a national leader on the issue of gun violence prevention, in part, because the state has been committed to fund and support gun violence research which will become a model for other states to follow.

“Homicide, suicide and unintentional deaths by firearm will all be proportionally represented in our work as we seek to dramatically decrease the number of Americans impacted by gun violence each year. Drawing on the university’s expertise in public health, criminal justice, psychology, sociology, medicine, law, nursing, social work, public policy and engineering, the Center will continue to focus on meaningful work with and for the communities it seeks to serve,” Anestis said.

While New Jersey has more comprehensive firearm laws and fewer deaths than other states, with an average of 475 firearm deaths each year, these incidences still have grave economic and psychological impacts on communities and need to be prevented.

“The Center represents an opportunity for New Jersey to address the varied needs of our diverse communities impacted by different forms of gun violence,” said Perry N. Halkitis dean of the Rutgers School of Public Health. “We are thrilled to welcome Michael Anestis as the executive director of the New Jersey Center on Gun Violence Research.”

The Rutgers School of Public Health is New Jersey’s only accredited school of public health that seeks to improve health and prevent disease in diverse populations in New Jersey and around the world through educating students to become well-qualified and effective public health leaders, researchers, and practitioners; conducting research to advance public health science and policies; and providing service programs that promote population and individual health. Visit us at https://sph.rutgers.edu  and follow us on Facebook, Twitter, Instagram, and LinkedIn to learn how we're "keeping the ‘public’ in public health”

New Jersey’s Center on Gun Violence Research, which is among the first such centers in the United States, will conduct interdisciplinary research on the causes, consequences and solutions to gun-related violence, while respecting the rights of legal, safe gun ownership and use. The Center on Gun Violence Research works in collaboration with, and is supported by New Jersey’s Office of the Secretary of Higher Education (OSHE).