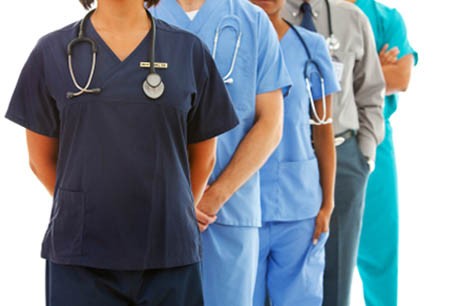 "Health services could be trained and equipped with resources which are completely relevant to the community they are serving."

Newswise — Dementia care for south Asian people could be improved after researchers from The University of Manchester adapted a commonly used tool for judging perceptions of the disease.

Several studies have shown that some south Asians show limited knowledge of the causes, symptoms and consequences of dementia, which can lead to problems in making a diagnosis and delivery of the right treatment.

This means that a large group of people are more difficult to include in the Government’s National Dementia Strategy which aims to tackle the increasing burden of dementia in an ageing population.

To help understand these reasons, the researchers from The University of Manchester’s Personal Social Services Research Unit have adapted the Barts Explanatory Model Inventory Checklist (BEMI-C) to have a specific focus on south Asian people.

Through a review of previous work with this community and qualitative interviews with 25 people recruited from the community in Greater Manchester, the team has developed a new tool which takes into account cultural and other sensitivities which can act as barriers to effective diagnosis and treatment.

Professor David Challis led the research. He said: “South Asian people are, broadly, less likely to seek help for a mental health problem than members of other communities. In part this can be explained by a lack of culturally sensitive and linguistic clinical staff.

“Using this toolkit could be a way of providing more evidence-based training for health workers and developing resources such as leaflets which are attuned to this community’s particular needs.”

The toolkit is delivered as an interview with a participant who may have dementia. As the interview progresses, the researchers tick items off of a checklist to give data about that person’s perceptions of symptoms, causes, the consequences of illness and preferred treatment methods.

In the course of the study, the researchers interviewed 25 south Asian people. One interviewee said about the causes of his mother’s dementia: “I’m not actually sure. Some of it might just be age-related, but then my mum has sort of other medical kind of complications and things […] I mean, she did sort of have a bit of heart arrhythmia, so I don’t know whether that affected the blood supply to her brain and made her feel a bit lightheaded.”

In total, the new method includes 123 new perceptions related to the understanding and Professor Challis believes this could make a significant impact on increasing diagnosis. “This is not just an issue for the UK,” he said. “Populations around the world are growing older – in particular in southern Asian countries.

“Having a way of gathering information about dementia perception which is culturally specific could mean that health services could be trained and equipped with resources which are completely relevant to the community they are serving.”

The paper, ‘Adaptation of the Barts Explanatory Model Inventory to dementia understanding in South Asian ethnic minorities’, was published in the journal Ageing and Mental Health.

Alzheimer's and Dementia All Journal News