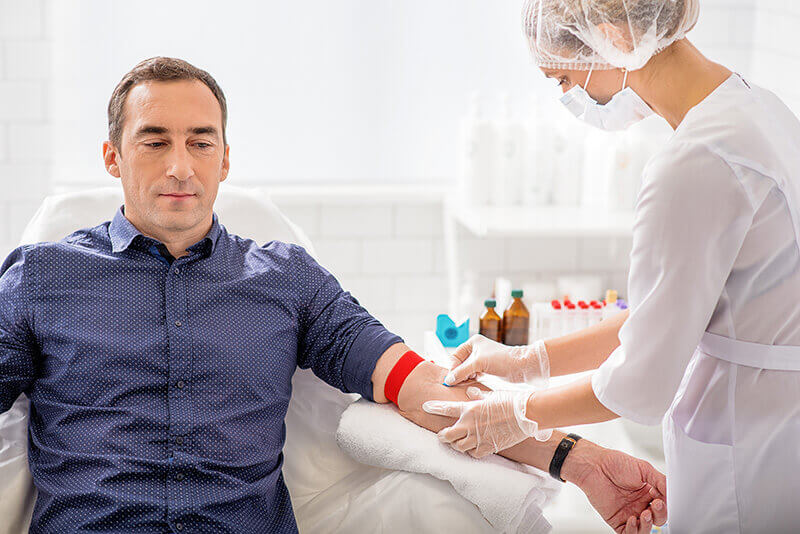 WEST LAFAYETTE, Ind. - The days - or even weeks - spent waiting for the results of a cancer-screening test can feel like an eternity. Especially when early diagnosis and quick action are tied to better outcomes.

"Pathogen or cancer cell identification often relies on culturing a sample, which can take several days," said Darci Trader, an assistant professor of medicinal chemistry and molecular pharmacology in Purdue University's College of Pharmacy, who led the research team. "We have recently developed a method to screen one-bead-one-compound libraries against biological targets such as proteins or antibodies."

Trader believes the Purdue screening method could be developed into a rapid, sensitive technique to identify cancer cells in patient blood samples. This could expedite cancer diagnosis and lead to better patient outcomes.

The novel screening technique is featured in the Jan. 24 edition of ACS Combinatorial Science.

"We are invested in this technology because of our passion to develop better screening techniques for a wide variety of diseases," Trader said. "Cancer, in particular, has touched the lives of many of our friends and families, so being able to contribute to better detection methods is very special to us."

Trader said the Purdue technique provides an alternative to current methods, which require very specialized equipment and complex analysis to measure the proteins binding small molecules. They also typically only detect if there is binding, but not the extent of that binding. These protein and binding measurements provide key information for diagnosing cancer and other illnesses.

Based on results obtained by screening known interactions between proteins and small molecules, the Purdue team believes their screening method will be sensitive enough to detect forms of cancer in very early stages.

The activity of the biological target being tested also does not need to be known or monitored with the Purdue technique, which increases the types of proteins that can be screened.

Development of this new test will involve mixing a biological sample, such as cancer cells or blood plasma, with a near-infrared range emitting fluorophore.

The protein is allowed to interact with small molecules and then doctors and scientists can measure the intensity of the light produced by the protein binding the small molecule. Certain intensity rates can indicate the presence of cancer cells or other pathogens in the body.

Their work aligns with Purdue's Giant Leaps celebration, celebrating the global advancements in health, longevity and quality of life as part of Purdue's 150th anniversary. Health, including disease screening, is one of the four themes of the yearlong celebration's Ideas Festival, designed to showcase Purdue as an intellectual center solving real-world issues.

Trader and her team have worked with the Purdue Office of Technology Commercialization to patent their technologies.

Trader also works with the Purdue University Center for Cancer Research to advance her discoveries.

About Purdue Office of Technology Commercialization

The Purdue Office of Technology Commercialization operates one of the most comprehensive technology transfer programs among leading research universities in the U.S. Services provided by this office support the economic development initiatives of Purdue University and benefit the university's academic activities. The office is managed by the Purdue Research Foundation, which received the 2016 Innovation and Economic Prosperity Universities Award for Innovation from the Association of Public and Land-grant Universities. For more information about funding and investment opportunities in startups based on a Purdue innovation, contact the Purdue Foundry at [email protected]. For more information on licensing a Purdue innovation, contact the Office of Technology Commercialization at [email protected]. The Purdue Research Foundation is a private, nonprofit foundation created to advance the mission of Purdue University.