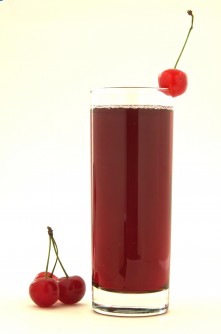 The U.K. research team, led by Glyn Howatson at Northumbria University and Lygeri Dimitriou at Middlesex University, found that marathon runners who consumed the tart cherry juice had lower markers for inflammation than a placebo group at 24 and 48 hours post-marathon, and had no reported incidences of upper respiratory tract symptoms (URTS) up to 48 hours after the race. For the runners who did not drink the tart cherry juice, 50 percent suffered from URTS.

“Many athletes can suffer from colds and sore throats following strenuous bouts of exercise, like marathon running and triathlons. This is the first study to provide encouraging evidence of the potential role of Montmorency tart cherries in reducing symptoms associated with the development of exercise-induced respiratory problems,” said Howatson, who has conducted previous studies on tart cherry juice and exercise recovery. “We should be looking at all the potential ways we can help athletes recover from strenuous exercise, and protection of the respiratory system is another dimension.”

Research MethodologyFor this study, 20 recreational Marathon runners consumed two servings of either a placebo drink or a blend of Montmorency tart cherry juice combined with apple juice twice a day (morning and afternoon) for eight consecutive days – five days leading up to a marathon, on the day of the race and two days afterwards. Each 236 ml serving (about 8-ounces) contained the equivalent of 50-60 whole Montmorency tart cherries and at least 40 mg anthocyanins. Montmorency tart cherries are the most common variety of tart cherries grown in the U.S., and are available year-round in dried, frozen and juice forms.

Markers of stress, inflammation, mucosal immunity and upper respiratory tract symptoms were measured on four occasions: the day before the marathon, immediately after, and at 24 hours and 48 hours post-marathon. C-reactive protein, a marker for inflammation was significantly elevated in both groups, but its response at 24 and 48 hours following the marathon was blunted in the cherry juice group compared to the placebo. This is consistent with previous studies that examined the impact of cherry juice on post-exercise inflammation indices in marathon runners and cyclists.2,3,4 All participants refrained from nutritional supplements, pharmacological interventions and strenuous exercise (other than completing marathon training runs) for the duration of the study.

The authors conclude that the results of this pilot study offer an important new opportunity for research, building on the existing body of evidence providing support for the use of Montmorency tart cherry juice in exercise recovery. They suggest future work should examine the prevalence of URTS beyond 48 hours post-marathon.

Funding for this research was provided by Northumbria University, Middlesex University and St. Mary’s University College.

Journal of the International Society of Sports Nutrition