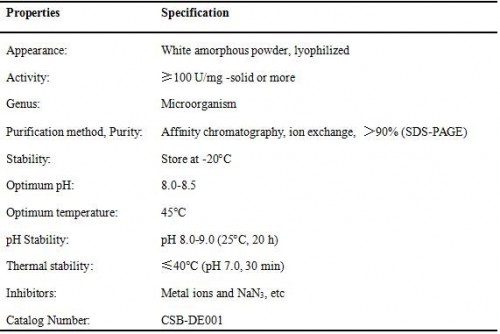 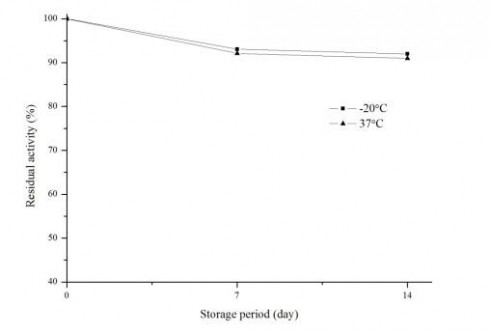 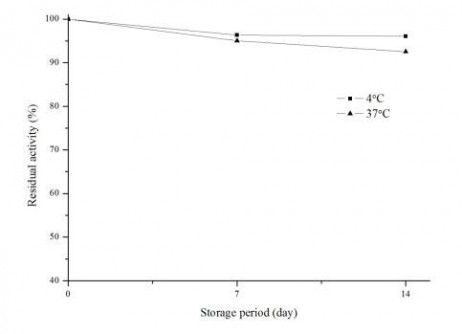 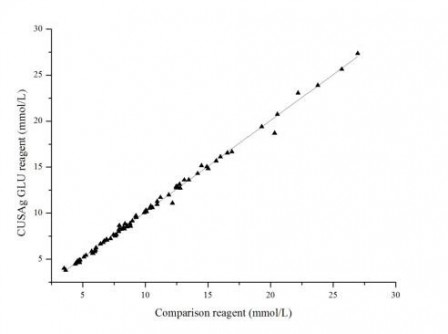 Hexokinases should not be confused with glucokinase, which is a specific isoform of hexokinase. While other hexokinases are capable of phosphorylating several hexoses, glucokinase acts with a 50-fold lower substrate affinity and its only hexose substrate is glucose.

The colorimetric assay for serum glucose previously reported was modified by replacing the light-sensitive phenazine methosulfate with diaphorase resulting in a simplified, one-reagent system. The sensitivity, specificity, and regeneration of NAD originally reported were maintained. The following reaction scheme summarizes the modified glucose assay:

The increased formation of NADH is in absorbance at 340 nm. The addition is directly proportional to the amount of glucose in the sample.

A new generation of hexokinase, which was recently produced by CUSAg, makes possible the development of biochemistry assay. The enzyme can be used for serum glucose assay, which is a simple, rapid, sensitive and homogeneous assay that can be performed using automated systems for high-throughput assays.

Three batches of HK-solid were stored at -20°C and 37°C for 14 days, respectively. During this period, enzyme activity of HK was determined on our biochemistry platform. Fig.1 shows that both HK residual activities are parallel at different temperatures, and the relative bias was <10%, representing that our CUSAg enzyme was stable at -20°C and 37°C.

CUSAg in-house serum glucose reagents prepared with our hexokinase were respectively stored at 4°C and 37°C for 14 days. During the incubation time, the serum glucose control was tested at the interval of 7 days. Fig.2 shows that the relative bias was <10%, representing that our glucose reagent was stable invariably at 4°C or 37°C stored.

Our CUSAg glucose reagent was also evaluated in medium-scale clinical trials with random blood samples from donations (n=80). Fig.3 shows that the correlation coefficient (r) is as high as 0.99 between in-housebiochemistry assay and commercial assay. These results show good agreement between the two systems.

Two levels of glucose control was analyzed in replicates of three using our two lots of reagents on the CUSAg biochemistry platform. Data from this study are summarized in the below table.1, the relative bias was <6%.

Two members of serum samples based panel were assayed, using a single lot of reagents, in replicates of ten on the CUSAg biochemistry platform (from 3.89 to 6.11 mmol/L as normal). As shown in table.2, the system shows excellent precision with CV≤1%.

Our HK enzyme activity was determined at different temperatures in 50 mM Tris-HCl buffer. Fig.5 shows that the optimum temperature of HK is 45°C.

Our CUSAg HK was incubated from 25°C to 55°C for 30 minutes in 50 mM K-phosphate buffer (pH 7.0), containing 5 U/mL of HK and 0.1% BSA, and the residual activities were determined with colorimetric assay on bio-chemical analyzer. As shown in Fig.7, HK is stable below 40°C.

Our CUSAg HK was dissolved at a concentration of 5U/mL in 50 mM, pH 6.5, K-phosphate buffer, which was incubated with each chemical at 30°C for 1h. The activities were determined with biochemistry assay.As shown in table.3, HK can be inhibited by metal ions and NaN3.