New Report: Forests Could Be the Trump Card in Efforts to End Global Hunger 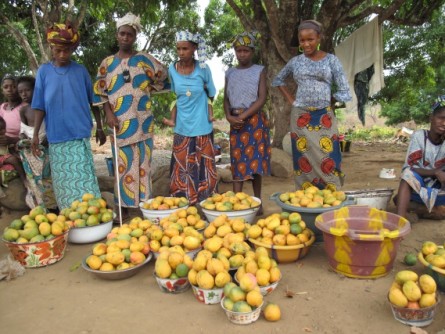 A child’s daily requirement for vitamin A can be met by around 25 g of a deep orange-fleshed mango variety. 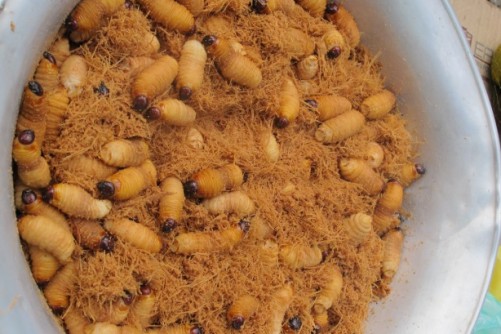 Grubs are on the menu in the Amazon. 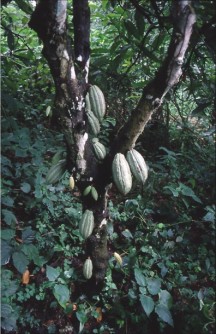 Cacao is a significant cash crop grown in the forest, for example, in Cameroon.

Newswise — New York/Vienna (6 May 2015)– About one in nine people globally still suffer from hunger with the majority of the hungry living in Africa and Asia. The world’s forests have great potential to improve their nutrition and ensure their livelihoods. In fact, forests and forestry are essential to achieve food security as the limits of boosting agricultural production are becoming increasingly clear.

That’s according to the most comprehensive scientific analysis to date on the relationship among forests, food and nutrition launched today in New York at a side event of the United Nations Forum on Forests. The new report released by the International Union of Forest Research Organizations (IUFRO), the world’s largest network of forest scientists, also underlines the need for the most vulnerable groups of society to have secure access to forest foods.

More than 60 renowned scientists from around the world collaborated on the peer-reviewed publication “Forests, Trees and Landscapes for Food Security and Nutrition. A Global Assessment Report”, which was coordinated by IUFRO on behalf of the Collaborative Partnership on Forests (CPF).

“This report reminds us of the vital role of forests in building food security. It makes a convincing case for multi-functional and integrated landscape approaches and calls for community level engagement to re-imagine forestry and agriculture systems”, says Thomas Gass, Assistant Secretary-General for Policy of the UN Department of Economic and Social Affairs.

“Large-scale crop production is highly vulnerable to extreme weather events, which may occur more frequently under climate change. Science shows that tree-based farming can adapt far better to such calamities.” says Christoph Wildburger, the coordinator of IUFRO’s Global Forest Expert Panels (GFEP) initiative. “We know that forests already play a key role in mitigating the effects of climate change. This report makes it very clear that they also play a key role in alleviating hunger and improving nutrition.”

Forests provide healthy and diverse diets“Forest foods often provide a safety net during periods of food shortages,” says Bhaskar Vira, University of Cambridge, and the chair of the Global Forest Expert Panel on Forests and Food Security, which compiled the report. “In the study, we reveal impressive examples which show how forests and trees can complement agricultural production and contribute to the income of local people, especially in the most vulnerable regions of the world.”

The benefits of forests and trees to nutrition are manifold:

• Tree foods are often rich in vitamins, proteins, and other nutrients and are associated with more diverse diets. For example, the iron content of dried seeds of the African locust bean and raw cashew nut are comparable with, or even higher than, that of chicken meat.

• Forests are also essential for firewood and charcoal. In developing countries, 2.4 billion households use these renewable biofuels for cooking and heating. In India and Nepal, for example, even better-off rural households depend on woodfuels.

• Trees offer a multitude of ecological services. For instance, they support bees and other pollinators, which are essential for crop production including on farmland. They also provide animal fodder that enables communities to produce meat and milk, and protect streams and watersheds as habitat for fish.

Forests help the poor to make a livingAccording to the report, close to one out of six persons directly depend on forests for their food and income. In the Sahel region, for example, trees contribute 80% on average to household incomes, especially through shea nut production. Evidence also shows that worldwide the lower the level of prosperity, the higher the share of forests in household incomes.

The report documents efforts currently underway in Africa and elsewhere to develop new tree commodities to supply the poor with sustainable incomes. For example, poor producers in Tanzania are engaged in a global effort to produce the seeds of the Allanblackia crop, which yield an edible oil with potential for the global food market. A private–public partnership known as Novella Africa is developing a sustainable Allanblackia oil business that they believe could be worth USD hundreds of millions annually for local farmers.

“What keeps people hungry is often not the lack of food, but the lack of access to that food and control over its production. We need to recognize claims over food sovereignty which give local people greater control over their food,” notes Bhaskar Vira. “Improved tenure rights and stronger rights for women who are becoming more and more responsible for food production from agricultural and forest lands are key to ensure the success of sustainable poverty reduction efforts.”

Linking Forests and Farming Favours Food SecurityAlthough forests are not a panacea for global hunger, the report emphasizes that they play a vital role in complementing crops produced on farms. This is especially important when the staple food supply is impaired by droughts, volatile prices, armed conflicts, or other crises. This forest-farm link also means that the loss and degradation of forests exacerbate the problem of food insecurity. Indeed, the report points out that the expansion of agricultural land accounts for 73 per cent of forest loss worldwide.

The study comes in the lead up to the United Nations’ finalization of the Sustainable Development Goals, designed to address, among other global challenges, poverty and hunger. The report also provides useful insight into how the UN can respond to the “Zero Hunger Challenge,” which aims to eliminate global hunger by 2025.

###The International Union of Forest Research Organizations (IUFRO) is the only world-wide organization devoted to forest research and related sciences. Its members are research institutions, universities, and individual scientists as well as decision-making authorities and other stakeholders with a focus on forests and trees.

The IUFRO-led Global Forest Expert Panels (GFEP) initiative of the Collaborative Partnership on Forests (CPF) established the Expert Panel on “Forests and Food Security” with the aim to provide a comprehensive global assessment of scientific information on the relationship of forests and trees on the one hand, and food security and nutrition on the other hand, and to prepare a report to inform relevant policy decision-makers. 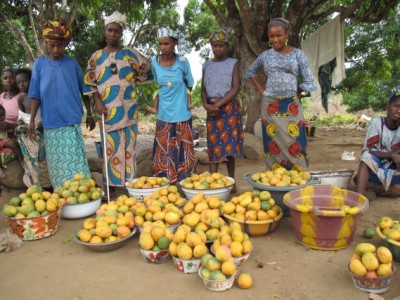 Caption: A child’s daily requirement for vitamin A can be met by around 25 g of a deep orange-fleshed mango variety. 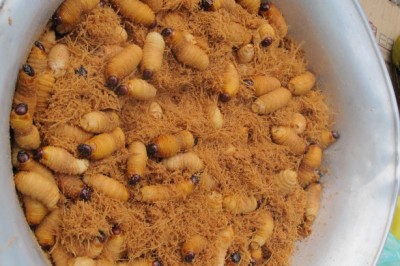 Caption: Grubs are on the menu in the Amazon. 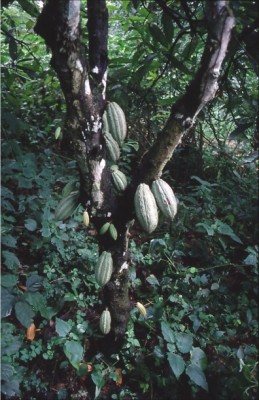 Caption: Cacao is a significant cash crop grown in the forest, for example, in Cameroon.