Air pollution in India contributed to 1.67 million deaths, loss of 1.36 percent of GDP, finds new report led by US and Indian researchers 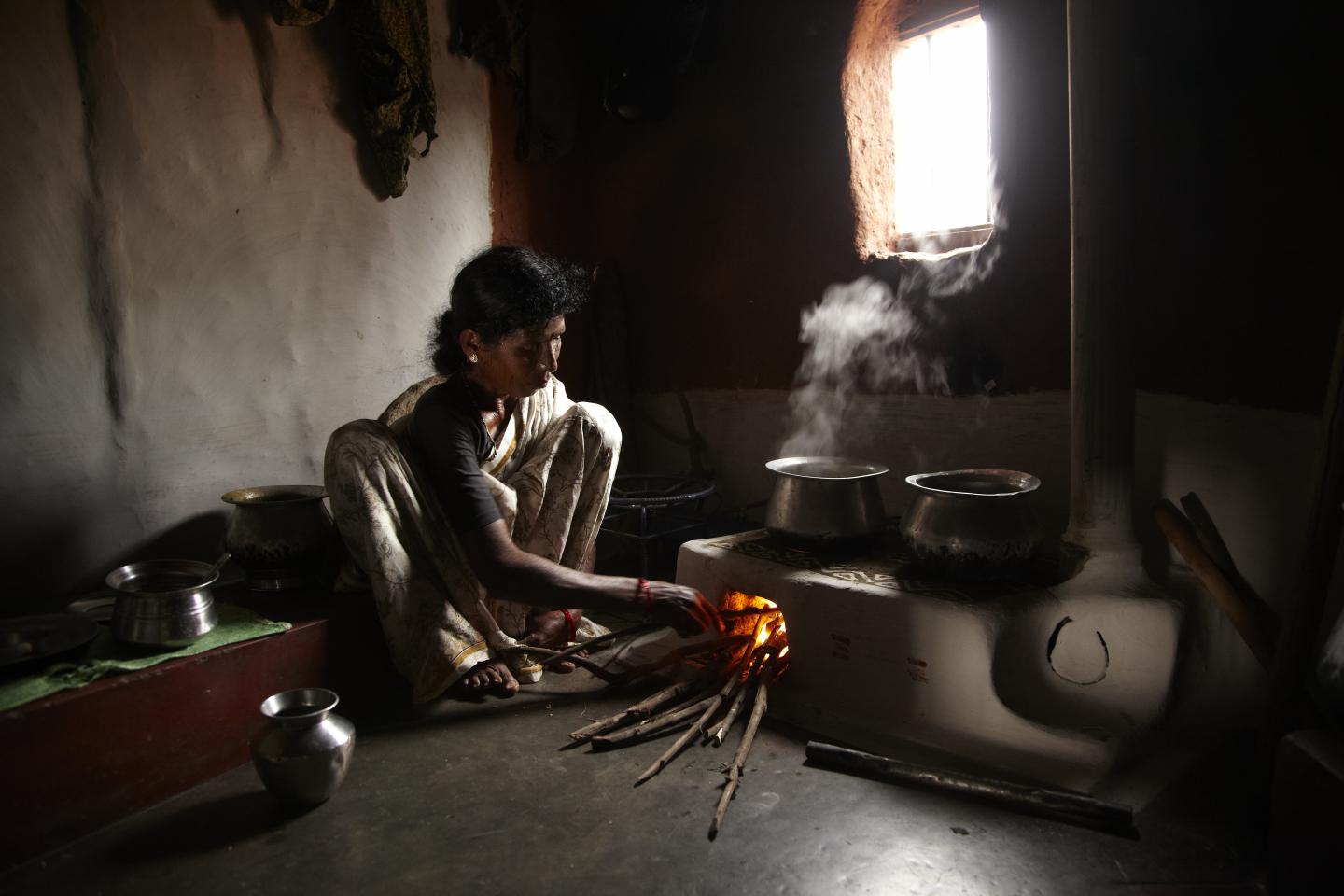 Pollution takes many forms in India, including the use of poorly-ventilated stoves and open fires for cooking inside dwellings. The toll of both indoor and outdoor air pollution included the deaths of 1.67 million people in India in 2019, according to a new study in Lancet Planetary Health.

Newswise — Chestnut Hill, Mass. (12/22/2020) - Air pollution in India resulted 1.67 million deaths in 2019 - the largest pollution-related death toll in any country in the world - and also accounted for $36.8 billion (US) in economic losses, according to a new study led by researchers from the Global Observatory on Pollution and Health at Boston College, the Indian Council of Medical Research, and the Public Health Foundation of India.

The 2019 death toll attributed to air pollution in India accounted for 17.8 percent of all deaths in the country in 2019, according to the study's findings, published today in the journal Lancet Planetary Health.

The $36.8 billion in economic loss was 1.36 percent of the country's gross domestic product, according to the report, titled "The health and economic impact of air pollution in the states of India."

Pollution-related losses "could impede India's aspiration to be a $5-trillion economy by 2024," the researchers concluded. "Successful reduction of air pollution in India would lead to substantial benefits for both the health of the population and the economy."

"Pollution takes an enormous human toll in India," said lead researcher Boston College Professor of Biology Philip J. Landrigan, MD, director of the Global Observatory on Pollution and Health. "It is causing 1.67 million premature deaths per year - many more than from COVID-19."

The consequences will be long-lasting without efforts to reduce air pollution in the nation of 1.35 billion people, according to Landrigan, whose research was funded in part by UN Environment Programme.

"It is also having a profound effect on the next generation of Indians," said Landrigan. "It increases future risk for heart disease, diabetes, and respiratory disease for today's children when they become adults. It is reducing children's IQ. It will be very difficult for India to move forward socially or economically if they don't do something about the problem."

Researchers also found rapidly changing patterns of air pollution and pollution-related disease in India, according to the report. The death rate from indoor air pollution, which is caused mainly by poorly ventilated home cook stoves, has decreased by 64.2 percent since 1990.

Among the many costs associated with increased mortality and illness caused by air pollutants, the researchers estimate the air pollution-related costs to India's health care system at nearly $12 billion in 2019.

Climate change exacerbates pollution, the researchers noted, through atmospheric stagnation, temperature-driven increases in particulate matter, and ground-level ozone formation, which are likely to be particularly severe in India.

State-by-state analysis showed a more than three-fold variation in air pollution death rates across the states of India. Southern Indian states have put policies in place to reduce air pollution when compared to states in the north, where pollution and its consequences showed a greater impact in mortality and economic costs, said Landrigan.

Landrigan said there are ample solutions and examples of successful pollution reduction policies that can be developed to meet the specific needs of the country and its states. China, a country with a similar size population and equally ambitious economic goals, adopted pollution control targets in its most recent five-year plan and is making progress on pollution control, he said.

"We point to countries like the United States where we reduced air pollution by 70 percent since passage of the Clean Air Act in the 1970s," said Landrigan. "At the same time, US GDP grew by 250 percent. There are similar statistics from Europe, Australia, and Japan. Pollution control does not stifle economic growth."

While researchers report a decline in indoor air pollution produced primarily by cook stoves used in millions of homes throughout the country, further reductions will require additional strategies that address poverty as well as energy needs, said co-author Gautam Yadama, dean of the School of Social Work at Boston College.

"One of our challenges is to provide the poor with greater access to devices and clean fuels that can be sustainably used in a variety of real-world conditions," said Yadama. "The more these are developed and tested in collaboration with communities -- particularly the women, the devices' end users -- the more likely their uptake."