Reefs and fish populations are in decline 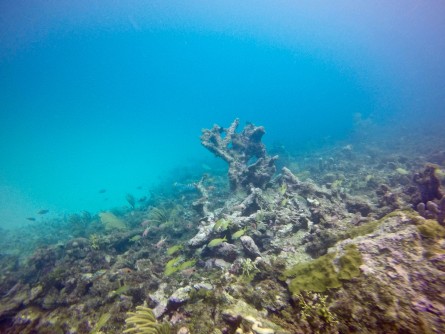 The 124-page report says that reefs and fish populations are declining, important seagrass beds are “mediocre,” and that erosion and invasive species – everything from goats to iguanas to lionfish – are negatively impacting the island.

Titled Environmental Conservation in Saint Barthélemy – Current knowledge and research recommendations, the report was produced by the Wildlife Conservation Society (WCS), which conducted an assessment of the status of the island’s ecosystems. The authors worked with key government, NGO, and research organizations that have interest and focus on aspects of the island’s rich biodiversity.

St-Barthélemy’s has undergone a rapid transition from an isolated island to a luxury tourist destination. This high-end tourism development model has propelled the economy of the island to new heights but has also increased demands on its natural resources.

The report notes that some regulations in place are well formulated to protect the natural resources of the island; however, monitoring and enforcement are sorely lacking. The lack of information relating to other critical components of the island resources, such as fisheries, hinders the assessment of their health and sustainability.

The study further notes that in order to support the livelihood, economy, and well-being of St-Barthélemy, conservation efforts must take place through holistic, informed, and coordinated planning.

Co-author Dr. Catherine Jadot, with support from WCS, will hold two conferences to present the results and recommendations of the 2016 study. The first, which will be in French, is scheduled for Friday March 3, 2017 at the Salle de la Capitainerie in Gustavia, St. Barthelemy. The second, in English, will be held on Saturday March 4, 2017 at the same venue. Both conferences will start at 6.30 pm. This public conference will be followed by workshops to develop a communication strategy in late April, 2017.