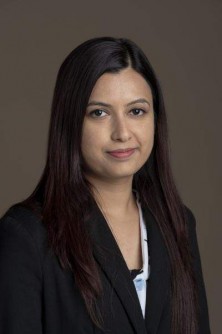 Manusheela Pokharel, assistant professor in the Department of Communication Studies, co-authored the study with Jakob Jensen, associate dean for research, College of Humanities at the University of Utah, along with Andy King, Greenlee School of Journalism and Communication at Iowa State University, Kevin John, School of Communications at Brigham Young University, and Yelena Wu and Douglas Grossman, both of the Huntsman Cancer Institute at the University of Utah. Their research, "Obstacles to skin self-examination: are frontier adults inclined abstainers," is published in the journal Psychology, Health and Medicine (https://www.tandfonline.com/eprint/MTW3TD3NACZWW6G4FGEW/full).

"Frontier adults are not studied much. They are underrepresented and are a vulnerable population in the research because they live in remote areas with limited infrastructure, including medical care," Pokharel said. "What we have found is that a significant portion of people there can be categorized as inclined abstinence, which means these are the people who want to perform skin self-examination, but are not actually performing it because of various barriers."

Compared to those who did follow through, inclined abstainers were more likely to be hindered by various barriers, including forgetting, letting other tasks get in the way of SSE and struggling to identify a good time or routine for SSE performance.

"When looking at the obstacles, a lot of these are things that we face in our life. We forget to do something, or think that other things are more important than this, not being able to find a way to put these things in our routine," Pokharel said. "The barriers to action for these inclined abstainers are modifiable and well-positioned for a behavioral intervention. Our research provides guidance as to what direction a public health initiative should go.

"Intervention and implementation efforts could be designed to target the inclined abstainers in these frontier areas. They are the low-hanging fruit," she said. "They also want to do it. It's easier to motivate these people than the disinclined ones. For a lot of them, performing skin examination is hard to remember, so a strategy could be for them to do it the first of every month – developing some type of ritual. Promoting those kind of things through interventions might yield positive results."

Founded in 1899, Texas State University is among the largest universities in Texas with an enrollment of 38,694 students on campuses in San Marcos and Round Rock. Texas State’s 196,000-plus alumni are a powerful force in serving the economic workforce needs of Texas and throughout the world.