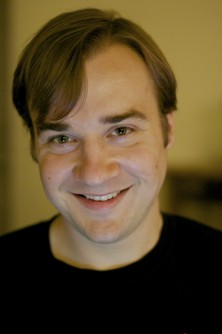 Newswise — Stony Brook, New York – March 17, 2017 – A group of computational biological researchers, led by Stony Brook University’s Rob Patro, an Assistant Professor in the Department of Computer Science in the College of Engineering and Applied Sciences, has developed a new software tool, Salmon — a lightweight method to provide fast and bias-aware quantification from RNA-sequencing reads. The research was published in the March 6 edition of Nature Methods.

“This research represents a perfect storm for computer science,” said Stony Brook Computer Science Chair Arie Kaufman. “We have a group of knowledge-driven collaborators from across the United States, funded by multiple sources, and striving for advancing genomic research by developing an innovative tool. I congratulate them on this discovery.”

In genomics, transcript abundance estimates are used to classify diseases and their subtypes, to understand how gene expression changes correlate with phenotype, and to track the progression of cancer. The accuracy of abundance estimates derived from RNA-seq data is especially urgent given the wide range of biases that affect the RNA-seq fragmentation and sequencing processes, and the use of expression data in studying disease and, eventually, for medical diagnosis and personalized treatments.

Created by researchers Rob Patro, Geet Duggal, Michael Love, Rafael A. Irizarry and Carl Kingsford, Salmon synthesizes, into one tool, many algorithmic and methodological advances that will power gene expression studies, both small- and large-scale.

According to Patro, the hallmarks of the method are its speed, accuracy and robustness. Salmon runs at a similar speed to existing fast algorithms for quantifying gene expression, yet it incorporates a rich and expressive model of the underlying experiment, including many technical biases, and uses a new statistical inference procedure to estimate gene expression quickly and accurately.

“The methodological underpinnings of Salmon provide a framework upon which we can continue to build accurate models and efficient inference algorithms,” said Patro. “We are working on understanding and modeling an even larger array of potential technical biases that arise in RNA-seq-based gene expression studies. We are also particularly interested in how quantification algorithms can be made more accurate and robust in single-cell RNA-sequencing (scRNA-seq) experiments, which present unique algorithmic and statistical challenges.”

Salmon was developed with funding from the Gordon and Betty Moore Foundation’s Data-Driven Discovery Initiative, the National Science Foundation and National Institutes of Health.

Stony Brook University is going beyond the expectations of what today’s public universities can accomplish. Since its founding in 1957, this young university has grown to become one of only four University Center campuses in the State University of New York (SUNY) system with more than 25,700 students, 2,500 faculty members, and 20 NCAA Division I athletic programs.

Our faculty have earned numerous prestigious awards, including the Nobel Prize, Pulitzer Prize, Indianapolis Prize for animal conservation, Abel Prize and the inaugural Breakthrough Prize in Mathematics. The University offers students an elite education with an outstanding return on investment: U.S.News & World Report ranks Stony Brook among the top 40 public universities in the nation. Its membership in the Association of American Universities (AAU) places Stony Brook among the top 62 research institutions in North America. As part of the management team of Brookhaven National Laboratory, the University joins a prestigious group of universities that have a role in running federal R&D labs. Stony Brook University is a driving force in the region’s economy, generating nearly 60,000 jobs and an annual economic impact of $4.65 billion. Our state, country and world demand ambitious ideas, imaginative solutions and exceptional leadership to forge a better future for all. The students, alumni, researchers and faculty of Stony Brook University are prepared to meet this challenge.