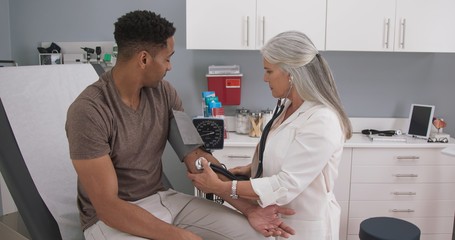 New Research from the ACS

Newswise — ATLANTA, May 18, 2022 – A new large study led by researchers at the American Cancer Society (ACS) shows Medicaid expansion under the Affordable Care Act (ACA) was associated with an increase in two-year overall survival rates among patients newly diagnosed with cancer, especially among non-Hispanic Black people and people living in rural areas. The study was published today in the Journal of the National Cancer Institute (JNCI).

“Our findings provide further evidence of the importance of expanding Medicaid eligibility in all states, particularly considering the economic crisis and healthcare disruptions caused by the COVID-19 pandemic,” said Dr. Xuesong Han, scientific director, health services research at the American Cancer Society and lead author of the study. “What’s encouraging is the American Rescue Plan Act of 2021 provides new incentives for Medicaid expansion in states that have yet to increase eligibility.”

Medicaid is a joint federal and state program, which provides health insurance coverage to millions of Americans, including eligible low-income adults, children, pregnant women, elderly adults, and people with disabilities. As part of the Affordable Care Act, states were provided incentives to expand Medicaid eligibility to all low-income adults under 138% federal poverty level, regardless of parental status.  As of April 2022, 12 states had not yet adopted Medicaid expansion.   The American Rescue Plan Act of 2021 provides new incentives for Medicaid expansion in those states. To date, no states have taken advantage of these new incentives. The advocacy affiliate of ACS, the American Cancer Society Cancer Action Network (ACS CAN) is actively working with lawmakers in the remaining 12 states to urge them to increase access to the lifesaving health coverage Medicaid offers.

In this study, researchers analyzed the data of more than two-point-five million patients aged 18-62 years, newly diagnosed with cancer before (2010-2012) and after (2014-2016) the ACA Medicaid expansion from population-based cancer registries from 42 states. They were followed through September 30, 2013, and December 31, 2017, respectively, and grouped by sex, race and ethnicity, census tract–level poverty, and rurality.

The study showed the two-year overall survival rate increased from 80.58% pre-ACA to 82.23% post-ACA in expansion states and from 78.71% to 80.04% in non-expansion states, resulting in a net increase of 0.44 percentage points in expansion states after adjusting for sociodemographic factors. By cancer site, the net increase was greatest for colorectal cancer, lung cancer, non-Hodgkin lymphoma, pancreatic cancer, and liver cancer. The improvement in survival was larger among non-Hispanic Black patients and patients residing in rural areas, leading to narrowing survival disparities by race and rurality.

“Our study shows that the increase was largely driven by improvements in survival for cancer types with poor prognosis, suggesting improved access to timely and effective treatments,” said Han.  “It adds to accumulating evidence of the multiple benefits of Medicaid expansion.”

"Evaluating the growing geographic disparities in cancer outcomes between people living in states that have not yet expanded Medicaid eligibility compared with those that have is critical. Cancer affects everyone, but not everyone equally. Studying and reducing disparities is an important part of our mission to improve the lives of cancer patients and their families," added Dr. Karen Knudsen, CEO of the American Cancer Society.

Dr. Ahmedin Jemal is senior author of the study. Other ACS scientists involved in the research include Jingxuan Zhao and Dr. Robin Yabroff.

Resources from the American Cancer Society concerning Medicaid can be found here.