Practice of Tipping Restaurant Servers Proves Advantageous for Everyone Concerned 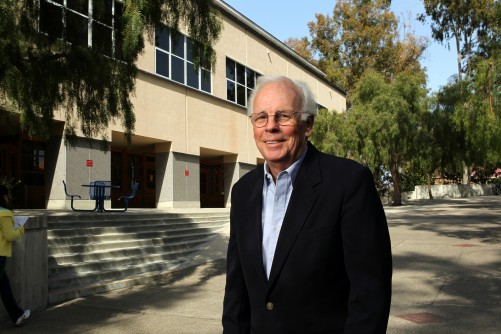 New reach by Richard B. McKenzie, Gerken Professor of Economics and Management Emeritus at the UC Irvine Paul Merage School of Business and a senior fellow with the National Center for Policy Analysis, finds the practice of tipping restaurant servers and bartenders has economic advantages for everyone concerned.

Newswise — Irvine, CA – (April 14, 2016) - The practice of tipping restaurant servers and bartenders has recently come under attack, with some academics and pundits pushing to abolish tipping and replacing the practice with a higher minimum hourly wage or a so-called “living wage.” California and other states are considering adopting a $15 an hour minimum wage, which has prompted many restaurants to consider eliminating tipping.

In a recent study published by the national Center for Policy Analysis and titled, Should Tipping Be Abolished?Your text to link..., researcher Richard B. McKenzie, Gerken Professor of Economics and Management Emeritus at the UC Irvine Paul Merage School of Business and a senior fellow with the National Center for Policy Analysis, found the practice of tipping restaurant servers and bartenders has economic advantages for everyone concerned: restaurant owners, their customers, servers and other workers.

“At face value, abolishing tipping and offering higher wages instead, sounds like a reasonable and necessary action, especially when you consider the federal minimum wage for nontipped workers is $7.25 and the federal subminimum wage for tipped workers is at a measly $2.13 per hour rate,” said McKenzie. “However, my research shows that if tipping were to be replaced by a fixed hourly rate of pay, service would suffer significantly, and so might the earnings of the servers in question. In addition, the wage that the restaurant servers indicated would be acceptable was in the range of $30 an hour, not $15 which is the wage rate states are considering.”

In a survey McKenzie conducted, he found servers at many moderately priced or casual restaurants with table service earn far more than abolitionists realize. And, while servers at such restaurants hardly reached the top income group, they were not the menial, low-income workers the tipping abolitionists suggest.

McKenzie also found restaurants, who have tried the no-tipping policy, have largely failed. It states in McKenzie’s paper that in 2015, the owner of Bar Agricole and Trou Normand eliminated tipping and raised prices by 20 percent to provide higher hourly wages across servers and kitchen staffers. During its 10-month experiment, the restaurants lost 70 percent of their servers. The reason was clear on reflection: Servers experienced an hourly wage drop from a range of $35-$45 per hour, to $20-$35 per hour.

“Policy makers must understand, tipping is a pay mechanism that incentivizes servers to use their localized information for their own and their company’s benefit. Tipping aligns the incentives of servers and managers and owners for a common objective – to make people’s restaurant experiences a win for everyone. Through tipping, servers effectively become commissioned salespeople, enticed to add to customers’ experience and company sales. It’s a win-win situation.”

For more information about Professor Richard McKenzie, visit merage.uci.edu/go/faculty. To find out more about the National Center for Policy Analysis, visit ncpa.org.

The Paul Merage School of Business at UC Irvine offers four dynamic MBA programs – plus PhD, specialty masters and undergraduate business degrees – that graduate world-ready business leaders with the exceptional ability to help grow their organizations through strategic innovation, analytical decision-making, information technology and collaborative execution. While the Merage School is relatively young, it has quickly grown to rank consistently among the top five percent of all business programs worldwide through exceptional student recruitment, world-class faculty, a strong alumni network and close relationships with both individual business executives and global corporations. Additional information is available at merage.uci.edu.###