New Study Looks at Medication Use of Kids with ASD, ADHD 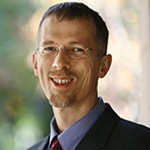 Newswise — Many children with an autism spectrum disorder (ASD) can benefit from medication for related disorders such as attention-deficit/hyperactivity disorder (ADHD).

“Unfortunately, there is very poor understanding of overall medication use for kids with autism,” says Paul T. Shattuck, PhD, assistant professor at the Brown School at Washington University in St. Louis.

As a step toward improving the situation, Shattuck and colleagues studied psychotropic medication use compared across individuals with an ASD, ADHD and both an ASD with ADHD.

They found that children and young adults with both an ASD and ADHD had the highest rates of medicine use (58.2 percent) followed by youths with ADHD-only (49 percent) and youths with ASD-only (34.3 percent).

African-American children with ASDs-only and with ASD and ADHD were less likely to receive medication than white youths.

“Also striking are the high rates of antipsychotic, antidepressant/antianxiety and stimulant medication use in these youths,” Shattuck says.

“Observations from the present study reinforce the complexity of pharmacologic treatment of challenging behavior in kids with ASDs and ADHD. There needs to be a clearer guide for treating kids with both an ASD and ADHD.”

Shattuck says that pharmacological treatment for ASD reflects a trial and error approach based on associated symptoms.

The study, “Prevalence and Correlates of Psychotropic Medication Use in Adolescents with an Autism Spectrum Disorder with and without Caregiver-Reported Attention-Deficit/Hyperactivity Disorder,” is published in the current issue of the Journal of Child and Adolescent Psychopharmacology. Thomas W. Frazier, PhD, of the Center for Autism at the Cleveland Clinic, was lead author of the study.

Journal of Child and Adolescent Psychopharmacology