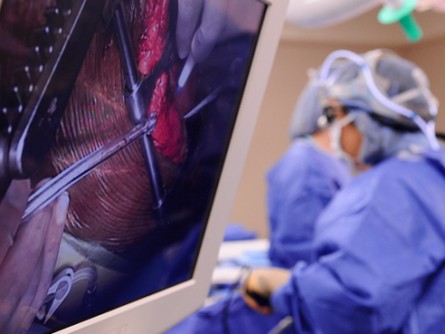 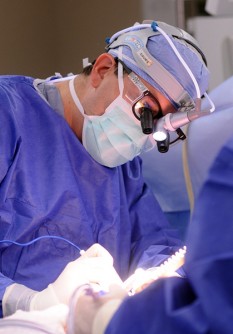 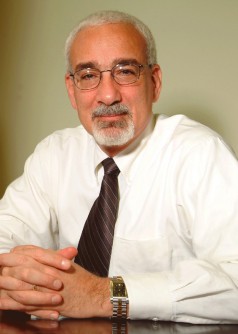 • Read this at www.uab.edu/news• The UAB News Studio is available for live or taped interviews with UAB experts.

Newswise — BIRMINGHAM, Ala. – A new study recently published in the Journal of Thoracic and Cardiovascular Surgery questions whether patients with isolated moderate to severe mitral valve regurgitation should receive treatment in earlier stages instead of waiting until symptoms appear.

A team of UAB/VA investigators led by Lou Dell’Italia, M.D., a professor in the UAB Department of Medicine and Division of Cardiovascular Disease and associate chief of staff for research at the Birmingham VA Medical Center, suggests surgical repair of the valve while patients show no symptoms and retain normal left ventricular function may prove to have a greater benefit by restoring normal life expectancy in the majority of patients. The published results were accompanied by an editorial written by cardiovascular surgeons from the Mayo and Cleveland clinics.

Isolated mitral valve regurgitation (MR) is a condition affecting nearly 2.5 million patients in the United States. MR is leakage of blood backward through the mitral valve each time the left ventricle contracts. An aggressive form of mitral valve prolapse results in progressive leakage of the mitral valve that can result in impairment of cardiac function, ultimately leading to the development of heart failure.

“If people are asymptomatic, they don’t go to the doctor regularly,” Dell’Italia said. “The results of our study demonstrate severe underlying cardiac muscle damage in patients having moderate to severe MR in the absence of symptoms and in the presence of well-preserved cardiac function by echocardiography.”

Dell’Italia and a multidisciplinary team of surgeons, pathologists, biologists and engineers probed the molecular changes that underpin patients’ susceptibility to post-operative declines in cardiac function in patients with isolated MR. The team found that, despite well-preserved left ventricular systolic function prior to surgery, there was severe myocardial structural damage. The accompanying editorial states the UAB team “dramatically increases the number of potential mechanisms contributing to post-operative left ventrical dysfunction to include derangements in the cytoskeleton, mitochondria, and phagocytic/proteasomal pathways within cardiomyocytes.”

“Now the challenge is to uncover the upstream driver of these molecular changes,” Dell’Italia said. “Which changes are viable drug targets that drive the development of cardiac dysfunction following surgery, and which are readily reversible?”

In addition to findings of the UAB team, Rakesh Suri, M.D., a cardiovascular surgeon from the Cleveland Clinic and co-author of the editorial, studied a similar group of patients with degenerative MR and preserved left ventricle function and discovered that approximately one out of five patients develops early left ventricular dysfunction and heart failure after mitral valve repair.

Section Chief of Adult Cardiac Surgery at UAB, James Davies, M.D., says that looking at the echocardiogram is not the ultimate answer to determine if the ventricle is weakening.

“Our work in the heart muscle combined with Suri’s brings together mechanism and outcome in the etiology of post-operative left ventricular dysfunction,” Davies said. “Having such data in hand provides the background for better conversations with future patients about having early heart surgery to prevent long-term damage, especially in the absence of symptoms. Using such a preventive measure will affect our practice in that we can be more insistent with patients that this is the best option.”

Davies says that, in the absence of symptoms, it is natural for people to believe they do not have a problem.

“I think it’s very important that this data solidifies the mind of the surgeon that this is the right thing to do when you have documented severe leakage,” Davies said.

Dell’Italia believes it is important to note that people who suffer from mitral valve prolapse should not rush to worry about having heart surgery.

Davies and Dell’Italia say that, while the science is promising, the challenge is to change the routine guidelines that have been set for the past 40 years.

“To accomplish this goal, we must have patients, surgeons and cardiologists all on the same page calling upon reliable outcome data and mechanistic insight,” Dell’Italia said.

Work by UAB investigators continues under NIH and VA funding to identify a novel circulating biomarker based on the heart tissue findings that provides a more specific time point for surgery. Further work is ongoing to determine whether the magnitude of molecular derangements at the time of surgery is predictive of recovery of ventricular function in larger cohorts of patients. 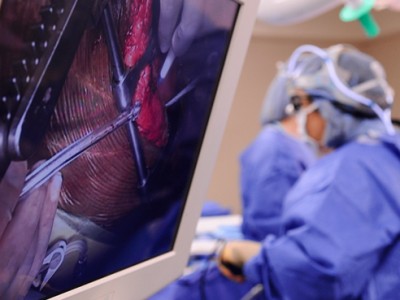 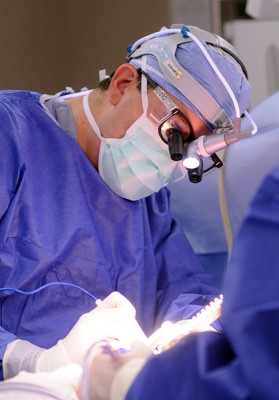 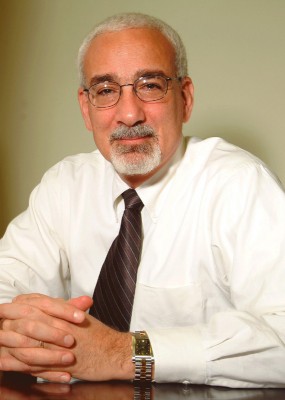