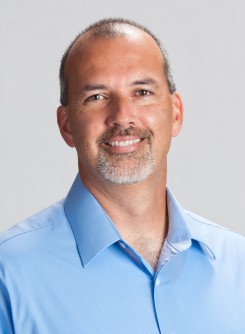 Donald G. Phinney is a professor at the Florida campus of The Scripps Research Institute.

Newswise — JUPITER, FL – November 3, 2015 – A team led by scientists from the Florida campus of The Scripps Research Institute (TSRI) and the University of Pittsburgh has shown for the first time how one set of specialized cells survives under stress by manipulating the behavior of key immune system cells.

The new study, published recently in the journal Nature Communications, involved mesenchymal stem cells—which live in bone marrow and can differentiate into several different cell types used in bone and connective tissue—and macrophages—immune cells that usually respond to infectious agents or damaged cells by engulfing and devouring them.

“This is the first time anyone has shown how mesenchymal stem cells provide for their own survival by recruiting and then suppressing normal macrophage activity,” said TSRI Professor Donald G. Phinney, who led the study with University of Pittsburgh Associate Professor Luis A. Ortiz. “This finally puts the crosstalk between these cells into the context of cell survival.”

The team’s experiments showed that, like all other cells, mesenchymal stem cells experience stress due to tissue injury and inflammation. When this stress results in damage to the mitochondria (the power houses of the cell), the mesenchymal stem cells recruit the immune system’s macrophages—but in an unusual way.

By reengineering macrophage action with secreted microRNA, the stem cells protect themselves from being targeted and instead package their damaged mitochondria into small sacs known as vesicles and send them out to be engulfed by the macrophage.

“It’s a transient phenomenon, which then allows the macrophages to use the mitochondria for their own survival needs,” Phinney said. “All cells want to survive; that’s what they do.”

The Scripps Research Institute (TSRI) is one of the world's largest independent, not-for-profit organizations focusing on research in the biomedical sciences. TSRI is internationally recognized for its contributions to science and health, including its role in laying the foundation for new treatments for cancer, rheumatoid arthritis, hemophilia, and other diseases. An institution that evolved from the Scripps Metabolic Clinic founded by philanthropist Ellen Browning Scripps in 1924, the institute now employs about 2,700 people on its campuses in La Jolla, CA, and Jupiter, FL, where its renowned scientists—including two Nobel laureates—work toward their next discoveries. The institute's graduate program, which awards PhD degrees in biology and chemistry, ranks among the top ten of its kind in the nation. For more information, see http://www.scripps.edu.