Study is a roadmap of where to direct resources and action 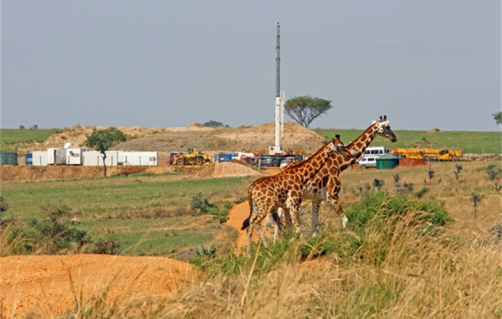 Newswise — A new study maps the last vestiges of wild places where the world’s threatened species can take refuge from the ravages of unregulated hunting, land clearing, and other industrial activities.

But the authors warn these refuges are shrinking.

Reporting in the international journal Plos Biology, researchers from the University of Queensland, WCS, and other groups mapped the distribution of wildlife “cool spots” where wildlife is still thriving, along with “hot spots” where species richness is threatened by human activities.

Lead author James Allan of the University of Queensland said the results revealed a sobering picture: “Nearly a quarter of the species assessed are threatened across nearly 90 percent of their distribution. Most distressingly, 395 species are impacted throughout their entire range and will almost certainly face extinction without action to remove the threats.”

Of the 5,457 total species, 2060 are amphibians, 2120 are birds, and 1,277 are mammals. Human impacts on these species extend across 84 percent of the Earth’s terrestrial surface, and many charismatic species including lions and elephants are impacted across the vast majority of their ranges.

Some of the “cool spots” identified include parts of the Amazon rainforest, Andes Mountains, and tundra and boreal forests of Russia and North America. Top “hot spots” were dominated by areas in Southeast Asia where wildlife-rich tropical forests are increasingly threatened by expanding human impacts.

The authors say the results of the study should serve as a roadmap of where to direct future conservation investment, and to define strategies to directly mitigate threats that are driving species declines.

Said James Watson of WCS and University of Queensland: “It is obvious that the vast majority of imperiled species that are not extinct yet, will be if we don’t take pre-emptive action. We still have time to adjust and improve, but we need to use the results of this study to focus on saving those areas that as strongholds for these species.”

Watson and his co-authors say that the framework presented in the paper could be used by countries striving to meet ambitious development targets such as the UN Sustainable Development Goals.