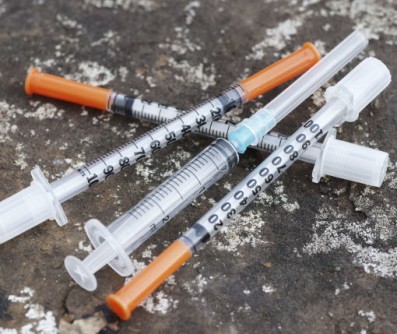 Newswise — RESEARCH TRIANGLE PARK, NC— As the U.S. opioid epidemic continues to produce high levels of morbidity and mortality, we are in need of innovative solutions that help people who inject drugs and their surrounding community.  Because of the stigma and illegal nature of opioid use and the lack of housing for impoverished people in the U.S., people sometimes inject drugs in public bathrooms, community parks, and other public spaces. This creates public health and safety issues for them and for people who may encounter them and their discarded dirty needles.

A new study by researchers at the University of California, San Diego, RTI International, and the University of Maryland, details the experiences of people who inject drugs at an unsanctioned, supervised injection facility (also called safe consumption services) in a U.S. urban area. People reported that having a safe space to inject drugs led to less injections in public spaces, greater ability to practice hygienic injecting practices, and greater protection from fatal overdose.

“Supervised injection facilities help address an urgent public health need and public nuisance concern,” explains Alex Kral, Ph.D., of the Behavioral and Urban Health Program at RTI. “This study draws attention to the need to ensure that supervised injection facilities remain focused on the needs of people who used drugs and community impacts rather than on political concerns.”

Supervised injection facilities have been shown to provide people with potentially life-saving benefits as well as lessen the negative impacts in the surrounding community caused by public injection. These sites are legal in several countries, but are currently unsanctioned in the U.S. Over 120 supervised injection sites operate in 11 countries, including Canada, Australia, and Europe.

The qualitative study, published in the International Journal of Drug Policy, also reviews the constructive aspects of the U.S. site being unsanctioned or “underground,” as well as the limitations associated with being underground. Positive aspects included the ability to shape rules and procedures around the participants’ needs rather than to meet political concerns and the nimbleness allowing rapid deployment of the project based on the immediate need. Limitations included restriction in the number and diversity of the people served by the site and reduced ability to closely and officially link the service to drug treatment and other health and social services.

The study also notes how legality impacted and eventually shaped similar public health interventions such as needle exchange. The consequences and trade-offs of legality are discussed.

“This study provides preliminary evidence that this supervised injection site, despite being unsanctioned, has been successful for several years at providing a group of individuals with a clean, well-lit, supervised alternative to drug use in public spaces,” said Peter J Davison, lead author and a medical sociologist at the University of Southern California, San Diego. “As such, this work serves to support calls to pilot sanctioned sites in the U.S. while also pointing out some of the pitfalls experienced by other services as they transitioned from being unsanctioned to sanctioned.”

RTI frequently collaborates with researchers from universities and other organizations to conduct research that helps policymakers make informed decisions about the prevention and treatment of opioid-use disorders. To learn more, visit RTI’s opioid research webpage.