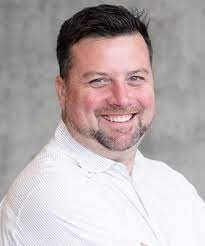 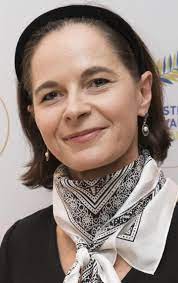 Newswise — GRAND RAPIDS, Mich. (Feb. 3, 2021) — A pair of scientists from Van Andel Institute and the National Institute of Allergy and Infectious Diseases have been granted a three-year, $1.5 million Allen Distinguished Investigator award from The Paul G. Allen Frontiers Group, a division of the Allen Institute, to better understand how diet and metabolism influence the immune system’s ability to fight off threats such as infections.

By the end of the project, lead investigator Russell Jones, Ph.D., of VAI and co-investigator Yasmine Belkaid, Ph.D., of NIAID hope to find new therapeutic options for boosting protective immunity while preventing autoimmunity, which occurs when some immune cells mistakenly attack the body.

Established in 2016 by the late Microsoft co-founder and philanthropist Paul G. Allen, the Frontiers Group identifies researchers around the world whose work has the potential to accelerate scientific discoveries or launch entirely new avenues of exploration.

“We are deeply honored to receive this award, which allows us to seek critical insights about how our environment, particularly diet, affects immune responses,” Jones said. “Immune responses are like the tale of Goldilocks — they shouldn’t be too much or too little. By understanding the metabolic needs of immune cells, we hope to find that ‘just right’ balance that promotes highly effective immune responses without the damage that comes with an overactive immune response.”

The immune system is made up of many different types of cells, each tasked with a particular job to combat threats, protect the body and promote healing. To successfully carry out their functions, these cells rely on the body’s metabolism to provide them with the right kind of fuel at the right time.

They also will explore how the microbiome — the vast population of helpful microbes that reside in the gut and aid in digestion — is influenced by diet and supports immune function. To date, the role of these bacteria in altering T cell metabolism during an immune response has been unclear.

Belkaid explained that the microbiota plays a fundamental role in the ability of the host to adapt to physiological changes, including those occurring during infection. She said part of this control occurs via microbiota derived “fuels” or adjuvants, and exploration of optimal immunity needs to be done in the context of these physiological metabolites.

In all, Jones and Belkaid’s project reflects a shift to viewing the immune system through the lens of its interactions with other systems in the body as well as outside influences.

Van Andel Institute (VAI) is committed to improving the health and enhancing the lives of current and future generations through cutting edge biomedical research and innovative educational offerings. Established in Grand Rapids, Michigan, in 1996 by the Van Andel family, VAI is now home to more than 400 scientists, educators and support staff, who work with a growing number of national and international collaborators to foster discovery. The Institute’s scientists study the origins of cancer, Parkinson’s and other diseases and translate their findings into breakthrough prevention and treatment strategies. Our educators develop inquiry-based approaches for K–12 education to help students and teachers prepare the next generation of problem-solvers, while our Graduate School offers a rigorous, research-intensive Ph.D. program in molecular and cellular biology. Learn more at vai.org.