Researchers create cardiac crystal ball in battle against No. 1 killer of men, women 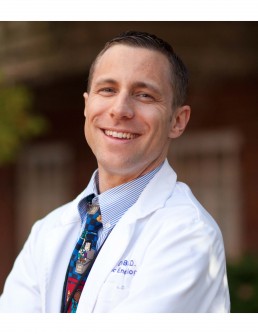 Mark DeBoer, MD, is a pediatrician at the University of Virginia Children's Hospital.

Newswise — Risk for cardiovascular disease, currently running rampant in the United States, can now be predicted for adolescents thanks to a new diagnostic test developed by a University of Virginia Children’s Hospital pediatrician and his collaborators. The test accounts for many risk factors for the deadly disease and has the potential to be adapted by physicians nationwide to assess teenagers’ future risk and encourage the healthy behaviors that could save their lives.

Risk Factors for Cardiovascular DiseaseApproximately 610,000 people die from heart disease every year in the United States -- that’s one of every four deaths. Cardiovascular disease has predominantly modifiable risk factors, meaning that the disease is entirely preventable. These modifiable risk factors include high blood pressure, high cholesterol, obesity, physical inactivity, diabetes, unhealthy diets and smoking. The only risk factor unable to be changed is genetic predisposition.

The Role of Metabolic SyndromeThe new diagnostic test has been developed by a team that included Mark DeBoer, MD, of UVA’s Department of Pediatrics, and Matthew Gurka, PhD, of West Virginia University’s School of Public Health. The test relies on an evaluation of metabolic syndrome, a conglomeration of conditions including increased blood pressure, high levels of blood sugar, excessive body fat around the abdomen and waist, and abnormal cholesterol levels that together increase the risk of cardiovascular disease. It takes into account variables specific both to race and gender.

In creating the test, DeBoer and Gurka examined metabolic severity scores from children in the 1970s that assessed body mass index (BMI), systolic blood pressure, fasting triglycerides, HDL cholesterol and fasting glucose. The children were followed up as recently as 2014, at an average age of 49.6 years. “The current study was targeted at using that metabolic syndrome severity score on data from individuals who were children in the '70s to see if it correlated with their risk on developing CVD and type 2 diabetes later in life, and we found that there was a high correlation between the metabolic severity score for those children and for their later development of cardiovascular disease and diabetes,” DeBoer explained.

The Use of the TestThe test is innovative in that it is able to assess changes in metabolic syndrome severity in a person over time and creates a specific number predicting risk. Previous diagnostic tests have been merely positive or negative, stating that a person either has or does not have metabolic syndrome, but the new test is able to create a scale, delineating the precise degree to which a youth is at risk.

“We are hopeful that this score can be used to assess the baseline risk for adolescents regarding metabolic syndrome and their risk for future disease and use it as a motivator for individuals to try to change their risk so that they may have a healthier diet, engage in more physical activity or get medication to reduce their metabolic syndrome severity and their future risk for disease,” DeBoer said.

Work Published The research has been described in articles in the Journal of the American College of Cardiology and the journal Diabetologia. The research team included DeBoer, Gurka and Jessica Woo, PhD, and John A. Morrison, PhD, both of Cincinnati Children’s Hospital. There is also a website available for calculating a given child’s metabolic syndrome severity score using clinical measures: http://publichealth.hsc.wvu.edu/biostatistics/metabolic-syndrome-severity-calculator/mets-severity-calculator/