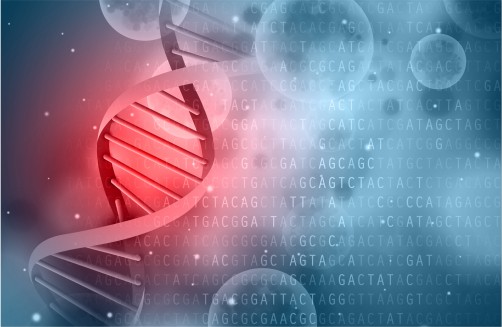 Pulmonology and genetics experts from two Utah healthcare organizations have collaboratively developed a new diagnostic genomic testing method for a rare form of pulmonary hypertension caused by a genetic mutation they discovered three years ago.

Newswise — Pulmonology and genetics experts from two Utah healthcare organizations have collaboratively developed a new diagnostic genomic testing method for a rare form of pulmonary hypertension that is caused by a genetic mutation they discovered three years ago.

The new testing method is a significant improvement for patients because it utilizes a simple blood sample, eliminating the need for a much more invasive lung biopsy that was previously required to test for the genetic mutation.

Pulmonology and genetics experts from Intermountain Medical Center and ARUP Laboratories in Salt Lake City say their new genomic testing method for the gene named EIF2AK4 will result in two major advances: improvement in the accurate diagnosis and proper treatment for patients with the genetic mutation and rare form of pulmonary hypertension and an increase in awareness about the genetic disorder among the public and healthcare providers.

“The new testing methodology is a model of how genomic testing can and will undoubtedly provide better outcomes for many disorders and lower the cost of healthcare delivery and lower risks to patients,” said Gregory Elliott, MD, chairman of the department of medicine at Intermountain Medical Center. “It involves a rare disease, but this theme will be repeated again and again in so many ways.”

Intermountain and ARUP have entered into a licensing agreement for the new testing method, making it available through ARUP Laboratories.

Dr. Elliott and his colleagues at Intermountain Medical Center collaborated with ARUP molecular genetic scientist Hunter Best, PhD, and his team, to identify the genetic mutation in 2013. The scientists found that mutations in the identified gene EIF2AK4 lead to rare forms of pulmonary hypertension — known as pulmonary capillary hemangiomatosis (PCH) and pulmonary venoocclusive disease (PVOD).

PCH is defined by uncontrolled growth of the capillaries in the lungs and occurs most commonly in adults aged 20 to 40 years old, but can affect people of all ages. PVOD is defined by the widespread obstruction of the pulmonary veins, which can lead to heart failure.

Not everyone who has the mutation will develop pulmonary hypertension, but the mutation running in the family is a predictor of the disease, which has a high mortality rate: half of all patients with the disease die within two years.

Symptoms for PCH and PVOD are identical to regular pulmonary hypertension, including both its heritable and idiopathic types, which are relatively common. Because of this, the potential impact of the new testing method for patient is significant.

“Traditionally patients who have this condition have to undergo a lung biopsy to confirm the diagnosis,” said Dr. Best, who is the medical director of Molecular Genetics at ARUP. “Now, we can simply take a blood sample and confirm the diagnosis through genetic testing.”

Dr. Best says identifying causative mutations in the gene EIF2AK4, will eliminate the need for patients to receive a lung biopsy, which can be risky and invasive.

“The discovery will eventually lead to improved care, and believe it or not, lower costs for patients,” Dr. Elliott said. “It provides more proof of Intermountain’s hypothesis that better care costs less. The biggest savings will come from accurate diagnosis, which will reduce the use of ineffective and potentially harmful interventions.”

ARUP Laboratories is a worldwide leader in innovative laboratory research and development. Intermountain Medical Center is the flagship facility for the Intermountain Healthcare system. # # # #