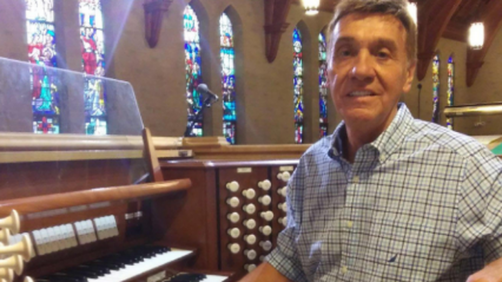 Imagine having such extreme hand tremors, it’s impossible to pick up a drink without it splashing all over your clothes - or shake someone's hand without being incredibly embarrassed.

Having suffered with involuntary tremors his entire adult life, Robert Bosloper knows this all too well. The shaking has gotten so bad, it now interferes with his ability to play the organ at church on Sundays.

Millions of people  in the United States, like Robert, deal with essential tremors, like his, making daily tasks impossible.

Researchers haven’t been entirely sure what causes  the neurological disorder that leads to this involuntary and rhythmic shaking but recently Hackensack Meridian Hackensack University Medical Center became the first and only hospital in New Jersey — and one of only a few in the country — to stop tremors using a noninvasive MRI-guided focused ultrasound that  you can see here is this incredible video of another patient’s treatment with immediate results.

The treatment was developed by medical technology company INSIGHTEC and is approved by the U.S. Food and Drug Administration (FDA) for essential tremor and tremor-dominant Parkinson’s disease that has not responded to medications.

Focused ultrasound uses sound waves that travel through the skin and skull, which means that the procedure can be performed without any incisions. Under MRI guidance, the sound waves are precisely focused on a targeted area deep in the brain. The sound waves create heat, which is used to disrupt the abnormal signals that cause tremor. The focused ultrasound system includes safety features that measure temperature changes in the skull and reduce the risk of damage to surrounding brain tissue.

And because the focused ultrasound procedure is noninvasive, requires no incisions and is performed while the patient is awake, treatment often can be done on an outpatient basis with little to no risk of infection or complications, a return to everyday activities in a few days and minimal side effects. Robert underwent the treatment recently and is now playing the organ flawlessly. He is very much looking forward to Christmas services and the chance to fill the church and his congregation's hearts with the sounds of the season.