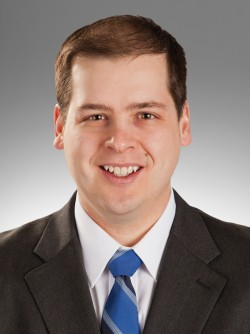 Newswise — SIOUX FALLS, S.D. – A drug that blocks neurotransmitters could reduce nausea and vomiting caused by chemotherapy, research co-authored by a Sanford Health physician and published in the New England Journal of Medicine finds.

Sanford oncologist and cancer researcher Steven Powell, M.D., was among a team of researchers who discovered that the drug olanzapine, which is FDA approved for use as an antipsychotic agent, significantly improved nausea prevention in patients who were receiving chemotherapy for cancer treatment. The drug blocks neurotransmitters involved with nausea and vomiting.

“We’ve long known the nausea and vomiting that come along with chemotherapy are a major problem and affect the quality of life of our patients,” said Powell. “The findings of this study, fortunately, provide physicians with a tool to better address the needs of those they are treating for cancer.”

Researchers noted that within the first day after treatment, 74 percent of study participants experienced no nausea or vomiting when their chemotherapy was paired with olanzapine. When a placebo was used instead of olanzapine, that figure dropped to 45 percent. This benefit continued for five days after chemotherapy treatment for many patients.

The study, “Olanzapine for the prevention of chemotherapy-induced nausea and vomiting,” appears in this week’s edition of the New England Journal of Medicine. It was funded by the National Cancer Institute (NCI).

Powell is a Sanford Cancer Center oncologist who also designs and oversees clinical research studies involving immunotherapy and precision medicine for cancer care. He served as the community co-chair of the study, which was available throughout Sanford as part of the NCI Community Oncology Research Program (NCORP).

NCORP is a national network of investigators, cancer care providers, academic institutions and other organizations that conduct cancer clinical trials and studies in community based health care systems. Sanford’s involvement with NCORP allowed for this research and a growing number of clinical trials in upper Midwest, according to Powell.

The New England Journal of Medicine is the most widely read, cited, and influential general medical journal in the world and the oldest continuously published medical periodical.

About Sanford HealthSanford Health is an integrated health system headquartered in the Dakotas. It is one of the largest health systems in the nation with 43 hospitals and nearly 250 clinics in nine states and four countries. Sanford Health’s 27,000 employees, including 1,400 physicians, make it the largest employer in the Dakotas. Nearly $1 billion in gifts from philanthropist Denny Sanford have allowed for several initiatives, including global children's clinics, genomic medicine and specialized centers researching cures for type 1 diabetes, breast cancer and other diseases. For more information, visit sanfordhealth.org.