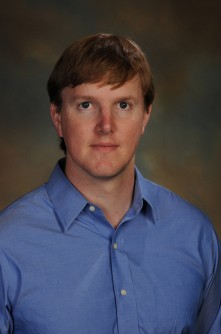 Luke Wiseman, PhD, is an assistant professor at The Scripps Research Institute.

Newswise — LA JOLLA, CA – October 23, 2014 - Scientists at The Scripps Research Institute (TSRI) have discovered a way to decrease deadly protein deposits in the heart, kidney and other organs associated with a group of human diseases called the systemic amyloid diseases.

“If we can develop a strategy to reduce the load that’s coming from these proteins, then we can open up treatment options that could be broadly applied to treat multiple systemic amyloid diseases,” said Luke Wiseman, assistant professor at TSRI and a senior author of the new research.

In related studies published recently in the journals Proceedings of the National Academy of Sciences (PNAS) and Chemistry & Biology, Wiseman and his colleagues described a process that can catch unstable proteins before they are released from the cell and form deposits. The process involves a “transcription factor” (which controls genetic expression) called ATF6 that may provide a drug target for future therapies.

Systemic amyloid diseases are caused by the buildup of unstable protein in extracellular environments such as the blood. The accumulation of these proteins damages organs such as the heart, kidney and gut, leading to organ malfunction and, eventually, death. Currently, treatment options for these diseases are limited.

“There has been a lot of work on ATF6, but people haven’t yet asked the functional question—can ATF6 be therapeutically accessed?” said Wiseman.

The Root of the Disease

Current treatments for light chain amyloidosis involve chemotherapy to kill the dysfunctional cells that secrete the disease-associated proteins, but about 30 percent of patients have significant buildup of light chain in the heart, making them too weak for this treatment. The researchers sought to develop a strategy to reduce the buildup of these proteins and increase treatment options for these patients.

Wiseman, Kelly and their teams went to the source of the unstable proteins: a part of the cell called the endoplasmic reticulum (ER). In the ER, proteins, such as immunoglobulin light chains, fold into structures that are then secreted into the blood where they perform important functions in the body. In light chain amyloidosis, mutations in immunoglobulin light chains make the proteins unstable, allowing them to unfold in the blood and form toxic clusters (aggregates) that damage the heart.

Using human cells, the researchers used a library of compounds that target specific biologic pathways to identify mechanisms that would reduce the secretion of unstable light chains from the ER. This approach identified an ER mechanism called the Unfolded Protein Response, or UPR, as a pathway whose activation preferentially reduces secretion of disease-associated light chains.

The UPR regulates ER function through the increased expression of proteins, such as “chaperones,” that directly influence the folding and secretion of destabilized proteins. Although sustained activation of the UPR is toxic, the team wondered if specific aspects of this pathway could be targeted to help cells “catch” these unstable light chains before they are secreted to the blood, where they can cause damage.

Using a chemical biologic approach, the researchers showed that activation of the UPR-associated protein ATF6 increases expression of many ER proteins involved in regulating protein folding and trafficking and reduces secretion of disease-associated light chains without causing toxic consequences. Furthermore, they showed that activating ATF6 decreases the extracellular aggregation of light chains by about 75 percent, suggesting the potential to reduce disease.

“This is an approach to treat light chain amyloidosis that ‘cuts it off at the source’ by not allowing the disease-associated immunoglobulin light chain to get out of cells to aggregate,” said TSRI Research Associate Christina Cooley, co-first author of the new study with Lisa M. Ryno, now an assistant professor at Oberlin College.

In a second study, published October 23 online ahead of print by the journal Chemistry and Biology, Wiseman and his team asked if ATF6 activation could be similarly used to reduce secretion and aggregation of transthyretin—a protein that aggregates in association with other systemic amyloid diseases referred to as the transthyretin amyloidoses.

Detecting small variations in stability is crucial because some misfolded proteins can evade the cell’s protective responses. These proteins are only slightly misfolded, and they can slip past the degradation proteins and form dangerous aggregates in the blood.

Wiseman hopes researchers will be able to design therapeutics to take advantage of the body’s natural ability to use AFT6 to decrease secretion and aggregation of multiple amyloid disease-associated proteins.

“It's very exciting to see if we can treat multiple diseases with one drug, which would really offset the cost of developing a specific drug for each amyloid disease,” said TSRI graduate student John Chen, co-first author of the Chemistry and Biology study with Research Associate Joseph C. Genereux.

Wiseman said the next step in this area of research, which also is being conducted in collaboration with the Kelly lab, is to identify drug candidates that can activate ATF6.

In addition to Cooley, Ryno, Kelly and Wiseman, other contributors to the Proceedings of National Academy of Sciences paper, “Unfolded protein response activation reduces secretion and extracellular aggregation of amyloidogenic immunoglobulin light chain,” are Lars Plate, Gareth J. Morgan and John D. Hulleman, all of TSRI. Support for this study came from Arlene and Arnold Goldstein, the Ellison Medical Foundation, the Skaggs Institute for Chemical Biology at TSRI, the Lita Annenberg Hazen Foundation, TSRI and the National Institutes of Health (AG046495, DK075295, NS079882, F32 AG042259). For more information on this study, see http://www.pnas.org/content/111/36/13046.full

In addition to Chen, Genereux and Wiseman, other contributors to the Chemistry and Biology paper, “ATF6 Activation Reduces the Secretion and Extracellular Aggregation of Destabilized Variants of an Amyloidogenic Protein,” are Song Qu, John D. Hulleman and Matthew D. Shoulders, all of TSRI. Support for this study came from Arlene and Arnold Goldstein, the Ellison Medical Foundation, TSRI, the American Cancer Society and the National Institutes of Health (AG036634, NS079882, DK075295, DK102635, AG046495, HL099245).