The Mesa Glow maple has recently been awarded a patent. Its scientific name is Acer grandidentatum “JFS-NuMex 3.” Rolston St. Hilaire, New Mexico State University Plant and Environmental Sciences department head and professor, is the scientist who has been leading the effort since 2000. 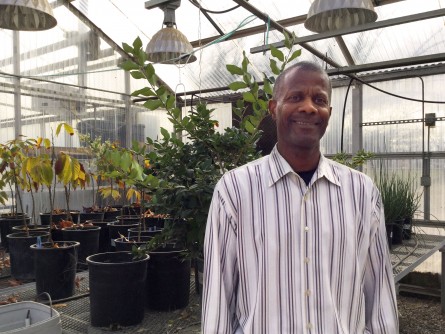 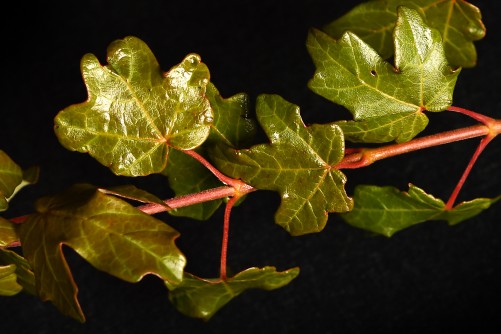 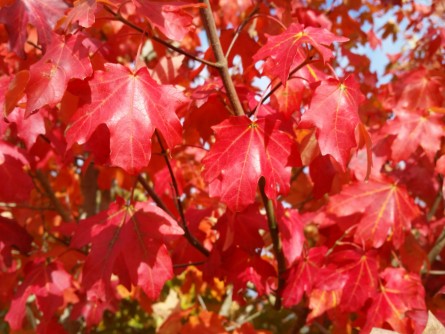 Newswise — Next fall you may see trees in New Mexico with more colorful leaves. Specifically, you may see Mesa Glow maples with bright crimson leaves. Its scientific name is Acer grandidentatum “JFS-NuMex 3,” and New Mexico State University has recently been awarded a patent on the plant.

Rolston St. Hilaire, NMSU Plant and Environmental Sciences department head and professor, is the scientist who has been leading the effort since 2000. When he first arrived in Las Cruces in the late 1990s, he began hiking in the area, inquiring about maples and studying area maps. He noticed a type of maple tree – the Bigtooth maple – in the Organ Mountains and in other areas in the Southwest, such as the Chiricahua Mountains near Wilcox, Arizona.

“The significance of the Bigtooth maple here in New Mexico is that it has brilliant fall colors that are, in my opinion, better or rival that of the sugar maples that we see on the East Coast,” St. Hilaire said. “My vision was: If I can get this plant to work, it could fill a niche. Obviously the color is important. People really like the color, and they just love maples. It has ornamental appeal.”

The problem with the Bigtooth maple in the Southwest is that it’s only found in mountainous areas, not in the lower desert. Also, in nature, many Bigtooth maples do not stand completely upright. St. Hilaire had worked extensively with sugar maples and black maples while pursuing his doctorate at Iowa State University, so he had plenty of experience with that type of tree.

But how could he develop a tree that would have colorful leaves, stand upright and withstand the dry climate, salty soil and high light?

He was on a mission. He spent much of 2001 traveling to places in the Southwest, such as Arizona, Texas, Utah and other New Mexico locations to collect seeds of maples that grow in dry environments.

“Once we did that, we brought that material back to our greenhouses at the Fabian Garcia Science Center, and we grew thousands of seedlings,” St. Hilaire said. “We began a process of testing those materials for resilience to a variety of environmental stresses, including how well it lived with limited water and whether it tolerated salt in the root zone and high light.”

It was 2003 when he found a few ideal plants, based on data and detailed physical characteristics.

Yet, he faced another obstacle. This particular maple tree only had a one percent survival rate when reproduced by cuttings. So, St. Hilaire and his research team began working on tissue culture methods to propagate the plant from the parent stock.

Clare Bowen-O’Connor, his graduate research assistant at the time, had a breakthrough in 2005. She developed a tissue culture method – a form of micropropagation – to reproduce the plant. With this method, researchers were able to clone the plant by using specific buds from the stem.

Because this technique is very involved and time-consuming, NMSU partnered with J. Frank Schmidt & Son Co. in Boring, Oregon, to test the plant. St. Hilaire sent the company three plants with all the necessary characteristics. One of the plants – clone number three – emerged. Hence, the “3” in the name Acer grandidentatum “JFS-NuMex 3.”

Growers at J. Frank Schmidt & Son Co. propagated the plant on a sugar maple stock and tested it for about eight years. The company recently trademarked the Mesa Glow maple name and has entered into a partnership with NMSU to produce the trees. While the name Mesa Glow was trademarked, it’s completely separate from the patent.

“Dr. St. Hilaire is in the ideal situation for our model here in the tech transfer office,” said Lombard. “A large portion of the licensing that happens comes through the relationships that researchers develop. We helped him take action to get his goals filled quickly, meet the goals of the licensee and protect the intellectual property.”

The tree has been tested in both dry environments and in high-salinity soil, and it does well in both. It’s also not prone to disease. Another benefit of the tree to homeowners is its relatively small size.

“The other huge significance is that it’s a smaller maple, it only grows to about 30 feet,” St. Hilaire said. “So, if a homeowner wants to have a tree that will have brilliant fall color, he or she can have that plant in his or her backyard.”

The trees are available to the wholesale market at this time, and they’re expected to be available from retailers by spring 2018. St. Hilaire ensured a special stipulation was included in NMSU’s agreement with J. Frank Schmidt & Son Co. Any nursery in New Mexico will receive a discount on the wholesale purchase if they choose to produce and carry Mesa Glow maples.

“All in all it’s a great plant, and we think it will make a significant contribution to the ornamental plant industry,” St. Hilaire said. 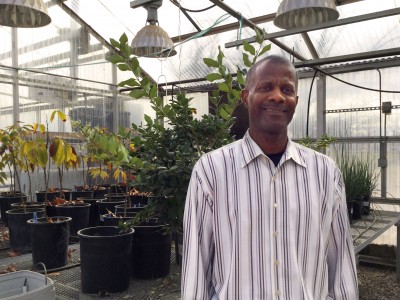 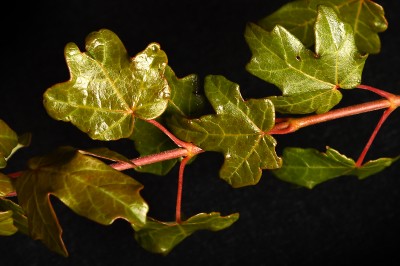 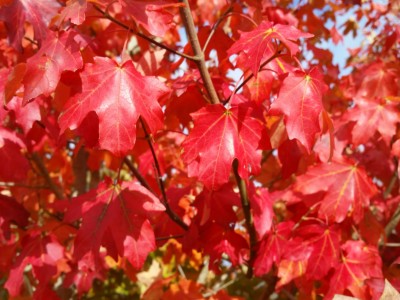