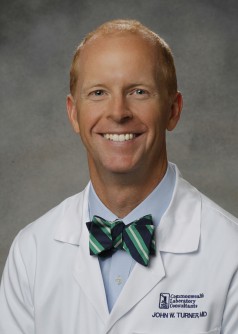 Newswise — Richmond, VA – Under a new Virginia law, effective July 1, 2014, patients are protected from add-on fees to their medical bills for any form of biopsy or Pap test. Prior to enactment of the new law, a physician who ordered anatomic pathology services for their patients could include additional fees over and above the cost of the service, when performed by an outside laboratory or pathologist. A physician who includes any markup charge to a biopsy or Pap test under the new law could be subject to disciplinary action by the Virginia Board of Medicine. John H. Turner, MD, FCAP, president of the Virginia Society of Pathologists said, “Under this new law our patients are protected and an unnecessary health care cost is eliminated.” The bill unanimously passed the Virginia legislature and was signed into law this year by Governor Terry McAuliffe. American Medical Association ethics policies do not condone markup business practices, but until the new law was enacted there was no legal prohibition in the state. Virginia is now the 25th state to outlaw markup billing practices on pathology services. The legislation, House Bill 893, was sponsored in the legislature by Delegate Christopher P. Stolle (R) of Virginia Beach and Norfolk, and supported by the Virginia Society of Pathologists and the College of American Pathologists. As background, below appears the language in the law: VIRGINIA ACTS OF ASSEMBLY -- 2014 SESSION, CHAPTER 81An Act to amend the Code of Virginia by adding a section numbered 54.1-2962.01, relating to anatomicpathology services; fees. [H 893], Approved March 3, 2014Be it enacted by the General Assembly of Virginia:1. That the Code of Virginia is amended by adding a section numbered 54.1-2962.01 as follows:§ 54.1-2962.01. Anatomic pathology services; fees.A. No practitioner licensed in accordance with the provisions of this chapter shall charge a fee for anatomic pathology services that is greater than the amount billed to the practitioner for the actual performance of such anatomic pathology services when such services are (i) performed by a person other than the practitioner or (ii) performed by a person not under the supervision of the practitioner.B. A practitioner may charge a fee for specimen collection and transportation, provided the fee conforms to the current procedural terminology codes for procedures and services of the American Medical Association and the patient is made aware of the fee in writing prior to collection. For the purposes of this section, "anatomic pathology services" include the gross or microscopic examination and histological processing of human organ tissue; the examination of human cells from fluids, aspirates, washings, brushings, or smears; or other subcellular or molecular pathology services.