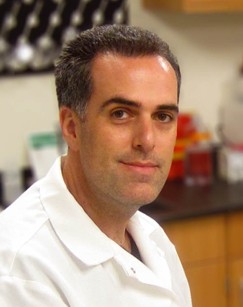 Newswise — A mixture of over-the-counter medicine and experimental drugs could be just what the doctor ordered to provide more effective pain relief for arthritis sufferers.

Currently, those with arthritis-related pain and mobility issues account for 44 million outpatient visits each year, according to the Arthritis Foundation. A new study, led by WVU psychology professor Steven Kinsey, combines existing over the counter medicines (such as Aleve and Tylenol) and experimental drugs in smaller doses to see if they work better together than either drug alone.

“We want to provide better mobility than other existing pain medicines offer,” Kinsey said. “We want to reduce pain, but more than that, we want to restore people’s function.”

West Virginia University has been awarded $395,120 from the National Institutes of Health to help find new methods of relief for an affliction that is the leading cause of disability in the United States.

So far, Kinsey said, promising laboratory work with mouse subjects has shown that the mice have increased mobility after receiving the new drugs treatments.

Improving the quality of life for arthritis sufferers is a cause that unexpectedly hit close to home for Kinsey.

The disease is so commonplace that it’s often brushed aside, Kinsey said, despite so many people suffering – or not knowing they suffer – from it. Until recently, Kinsey wasn’t aware his family had experienced arthritis pain. On the day the National Institute of Health reviewed Kinsey’s grant, he was home sick with his first bout of gout – a form of arthritis that cause severe pain and swelling of the joints. The Arthritis Foundation estimates at least 6.1 million Americans have experienced such an attack.

Such numbers highlight the need for new treatments to combat those effects.

“The goal is to restore function to get people back to work,” Kinsey said.

Kinsey is a biomedical researcher with specializations in behavioral neuroscience. His research interests include stress and inflammation.