24-Jul-2014 6:00 AM EDT, by Columbia University School of Nursing
favorite_border 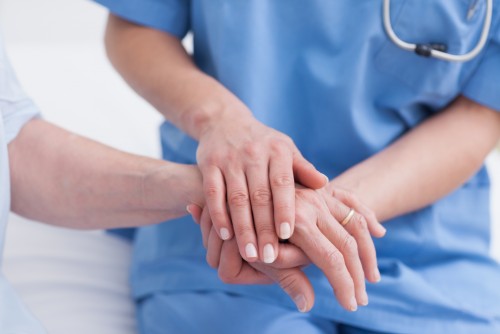 Nurse Practitioners have more autonomy to provide patient care in states where laws recognize their skills.

Newswise — (NEW YORK, NY, July 24, 2014) – If past experience is anything to go by, nurse practitioners in New York State are about to get a lot more recognition for their contributions to primary care. In Massachusetts, laws already on the books allowing NPs to provide primary care offer nurses more recognition of their contributions to patient care and better relationships with physicians and administrators, compared with colleagues in New York, according to a study from Columbia University School of Nursing, published in Health Care Management Review.

A research team led by Poghosyan surveyed a cross-section of NPs in New York and Massachusetts who worked in a variety of primary care settings to see how state policy and the type of employer influenced NPs’ perception of their practice environment. The survey asked NPs about five aspects of their work experiences: physician relations, administration relations, support and resources, visibility and comprehension of their role, and independence of practice. Massachusetts bested New York on every variable.

At the same time, laws are only one piece of the puzzle. In both states, NPs gave a lower score on each variable to hospital-affiliated clinics than they did for physician offices or community health centers. In particular, NPs ranked their ability to practice independently as significantly lower in hospital-affiliated settings. Hospitals generally have large administrative structures, and are governed by multiple committees that may not have NP representation. As a result NPs may not have enough input in decision-making or sufficient opportunity to promote their role in patient care, the study says.

“Practice managers and administrators set the tone for the workplace and these findings suggest that in many instances they may need to institute changes to provide more support to NPs,” Poghosyan says. “Policies at the practice level and the state level are starting to recognize that supporting independent practice for NPs helps improve the quality and timeliness of patient care. We need to see this trend continue, and permeate the culture of more workplaces.”

To improve the practice environment, managers should make efforts to establish a clear NP role within their organization and promote the visibility of NPs, Poghosyan says. Managers should also focus on improving the relationship between NPs and administrators and opening the channels of communications. One way to successfully integrate NPs is to provide avenues for NPs to become involved in organizational governance and committees and give them a voice in clinical practice decisions, hiring, and promotions.

The study is titled “Nurse Practitioners as Primary Care Providers: Creating Favorable Practice Environments in New York State and Massachusetts” and it was published in April. The research was funded in part by the Agency for Healthcare Research and Quality (R03 HS020999-01). Co-authors from Columbia Nursing include: assistant professor Jingjing Shang, PhD, RN; data analyst Jianfang Liu, PhD; and Dean Bobbie Berkowitz, PhD, RN, FAAN. The authors declare no financial or other conflicts of interest.

Columbia University School of Nursing is part of the Columbia University Medical Center, which also includes the College of Physicians & Surgeons, the Mailman School of Public Health, and the College of Dental Medicine. With close to 100 full-time faculty and 600 students, the School of Nursing is dedicated to educating the next generation of nurse leaders in education, research, and clinical care. The School has pioneered advanced practice nursing curricula and continues to define the role of nursing and nursing research through its PhD program which prepares nurse scientists, and its Doctor of Nursing Practice (DNP), the first clinical practice doctorate in the nation. Among the clinical practice areas shaped by the School’s research are the reduction of infectious disease and the use of health care informatics to improve health and health care. For more information, please visit: www.nursing.columbia.edu.